black calf in the black night 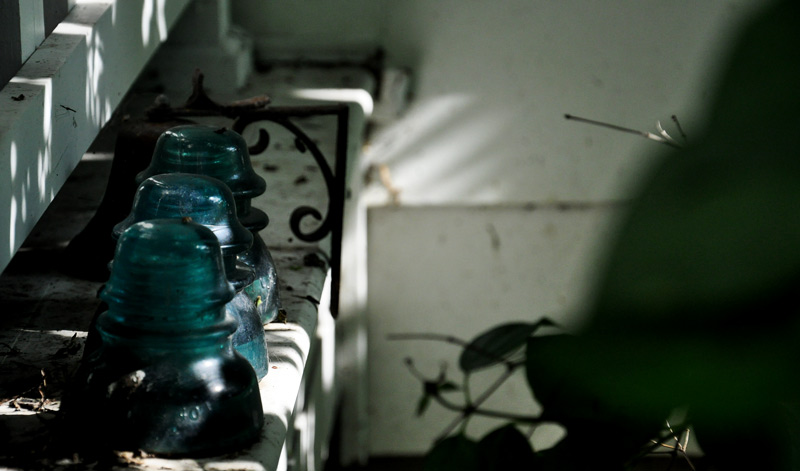 Last night I decided that I would begin the process to wean Naomi completely from her mother.

So instead of letting her back with her mother in the evening I left her in her corner pen with  walls that come up to my chest and extra food and extra cuddles. (Look at those flies on the piglets, the flies and mosquitoes this year are at epic proportions due the rains which have returned.)

Naomi had other ideas. and at midnight she and her mother began a frantic mooing and from the bedroom I knew that Naomi’s sounds were not coming from her  pen.  She was galloping up and down the drive from her mother behind one fence to the other cows behind another and back again.  Luckily she is one of the friendliest wee animals we have and upon seeing the dogs and I (me in my little nightie and gumboots) she galloped at full flight straight for us, which is a little disconcerting, seeing a black calf erupt out of the black night aimed straight for you.

I just talked to her and kept walking (there is no point trying to herd a frantic animal) so she dashed to and fro from her mother to me until she had inadvertently followed me straight into the barn and back to her pen. I opened the big doors and gave her back to her mother.

At the end of this week the steers will be separated so Daisy’s bobby can be put into the fattening fields alone. The calf can go with Queenie’s Bobby and Aunty Del across the way. Out of earshot of her mother.

I was looking forward to the extra milk but it looks like Naomi is a jumper so we will wait a few more days. 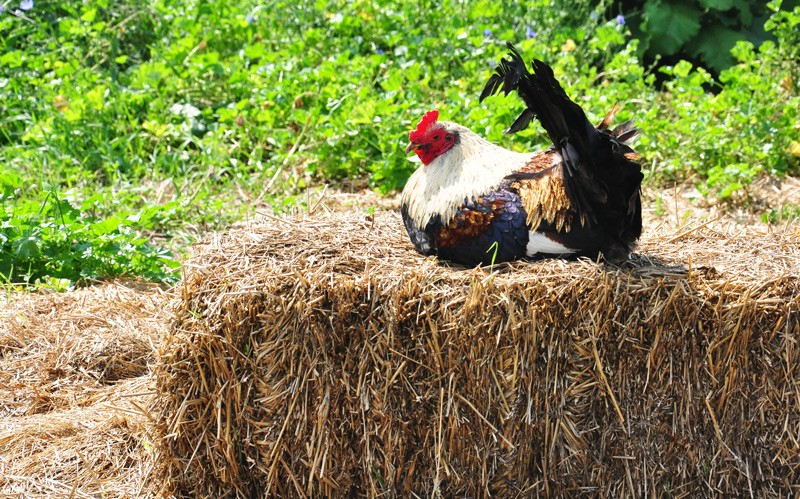 It rained for much of the morning  so Amanda cleaned out the glasshouse, sorted the seeds and sowed more squash and broccoli it is cool and wet again, we may be able to plant the late summer garden early, much of our spring/summer plantings have been washed away, or are so deep in weeds that they cannot be reclaimed.  Today it is not due to rain until the afternoon, Amanda is going to be Kitchen Mama and I will try to dig the new beds for beets and beans in a better drained area and get some weeding done.

Manu came out into his field for a walk in the afternoon and Tane came over for the mandatory clacking of teeth and fierce posturing. His limp miraculously disappeared! But I sent him to the back field, this is not a boar he wants to mess with.  I will bring Tima across to Tane today as she is due to cycle back into heat today if in fact she does.  If she does not she is pregnant. 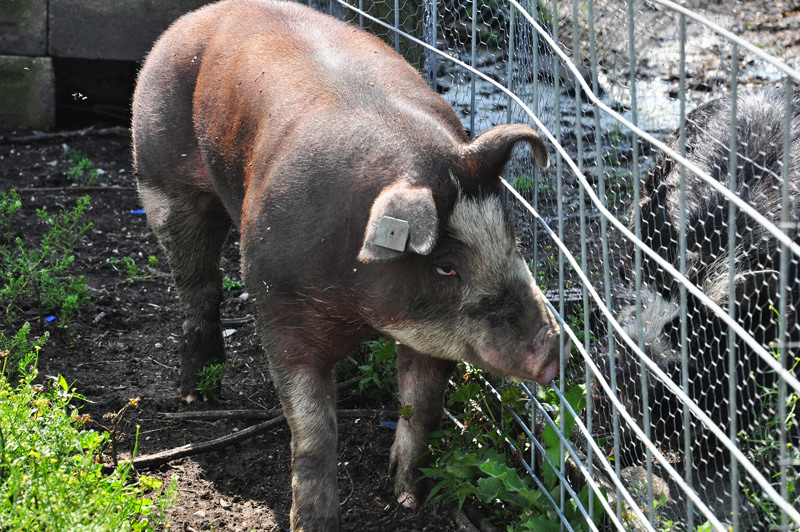 The sun came out later yesterday. 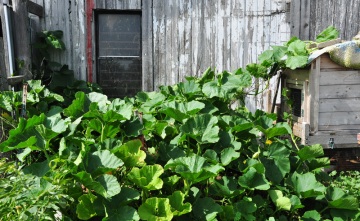 Tiny snapshots of the garden always make it look so beautiful. The sunflowers are all coming out now and the ribbon of yellow is a delight. I will cut some today for a vase but i must be good and leave them or we will never get any seeds for the winter feed.

It is time for me to get up and get going. It is cool. And cloudy. I am so glad my little piglets have found their warm snug with its lamp. Yesterday I was cleaning out Poppy’s pen while she ate after a while they awoke and out they poured honking softly  and grinning like little runaway trains, through their little tile tunnel they trotted and  straight at my boots, Poppy did not even bat an eye when I reached down and stroked their silky little backs playing with them a little. Charlotte would have killed me by then, Poppy is such a different kind of mother. I am delighted by her development. But I gently removed myself just in case. No point in pushing it.

Rain is on the way and lots to do before it gets here. The chickens go early tomorrow morning to their new chicken abbatoir  and will return inspected and packaged for the freezer.  So Amanda and I will collect some of these young roosters today.  We have quite enough roosters.

I hope you have a lovely day. Or, more importantly I hope you see some loveliness today and recognise it and let it calm you. Life is so full of holes we can fall down.  But life sends us these moments of joy like little lines of rescue.  So I wish for you plentiful moments of loveliness.

Love your friend on the farm

← Poppy and her Piglets
Gardening in the rain →

38 Comments on “black calf in the black night”