Slowly the colour is draining from the landscape. Very slowly. Inexorably. Without pity. Even though it is still a New Zealand winter the green is going. 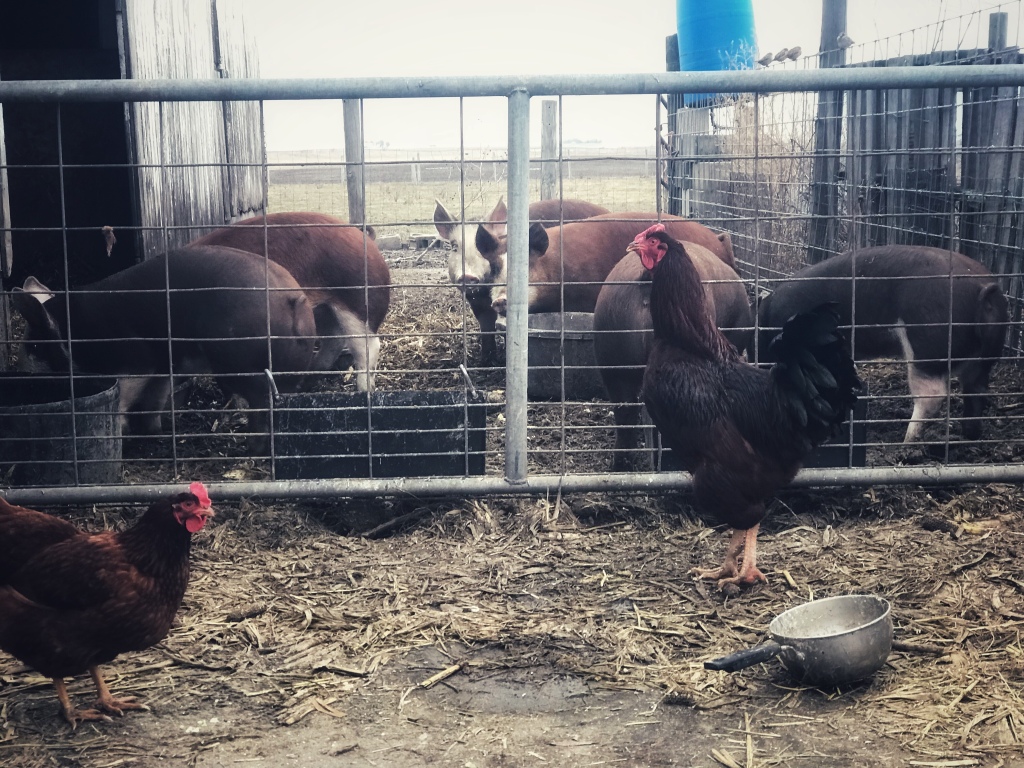 Mainly because the cows have eaten it all!

In another month I am taking Del to the vet for a pregnancy check. She is different this time. She had twins last time and there is a good chance this might happen again so I hope to get the vet to do an ultrasound or whatever he does to check the progression and health. Somehow she is not as calm – not as friendly as usual – it is just a feeling. 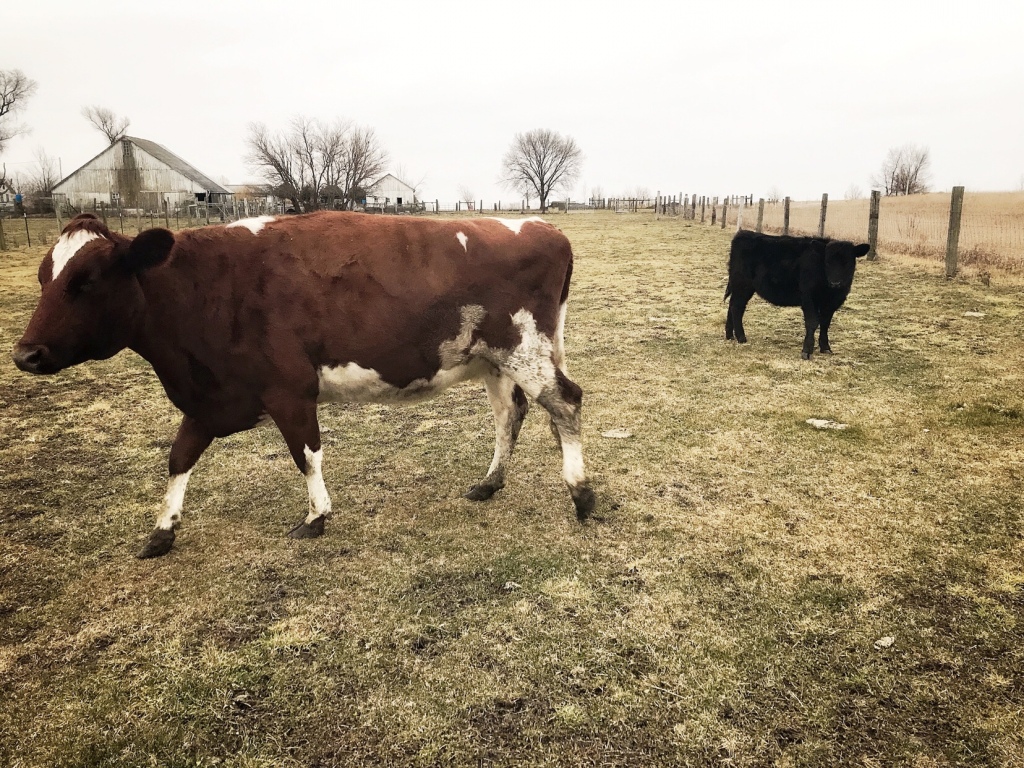 Both she and Tia are starting to look pregnant though that could be my imagination too. 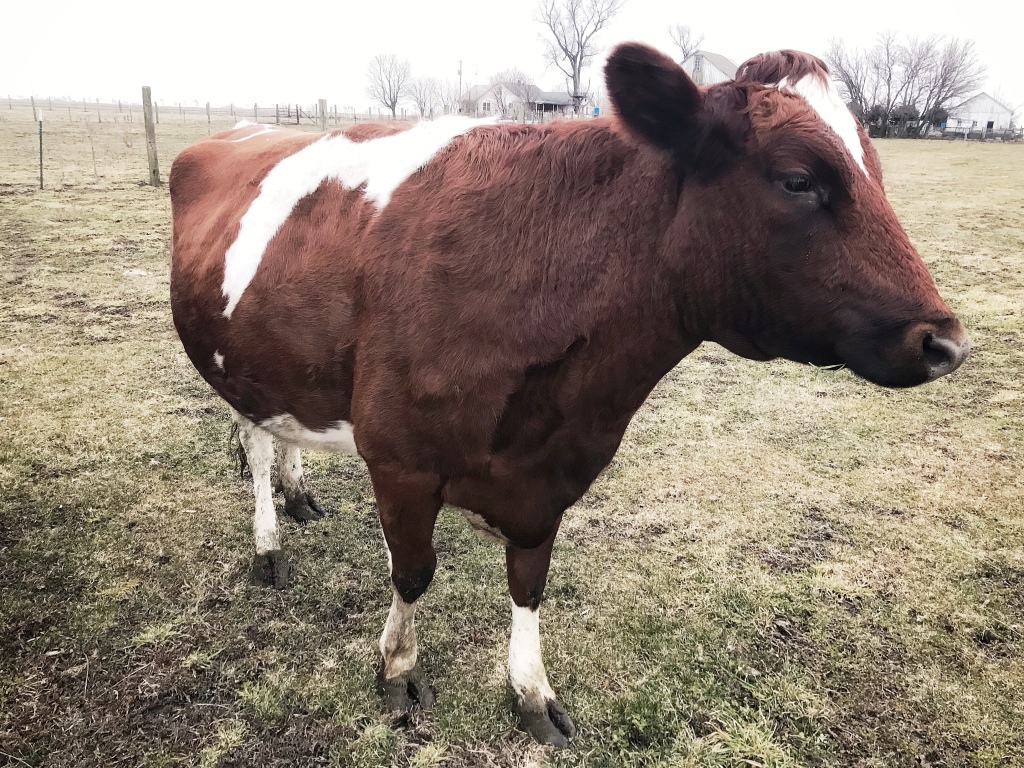 Jude has settled a lot in my absence. He is not nearly as pushy with me which is good. He has two commands now – OFF TO BED – which has him sprinting to the barn for a treat. (I keep a little bag of treats in there) and SIT. Sit is new but a pretty easy command for pigs. And they only sit until they get the treat then it is up and searching for more.

WaiWai’s skin is so thin that areas are showing through very pink. The top layer rubs off so easily. He has not had his zinc cream on while I was away but I think the cream disguised the problem more than anything else. 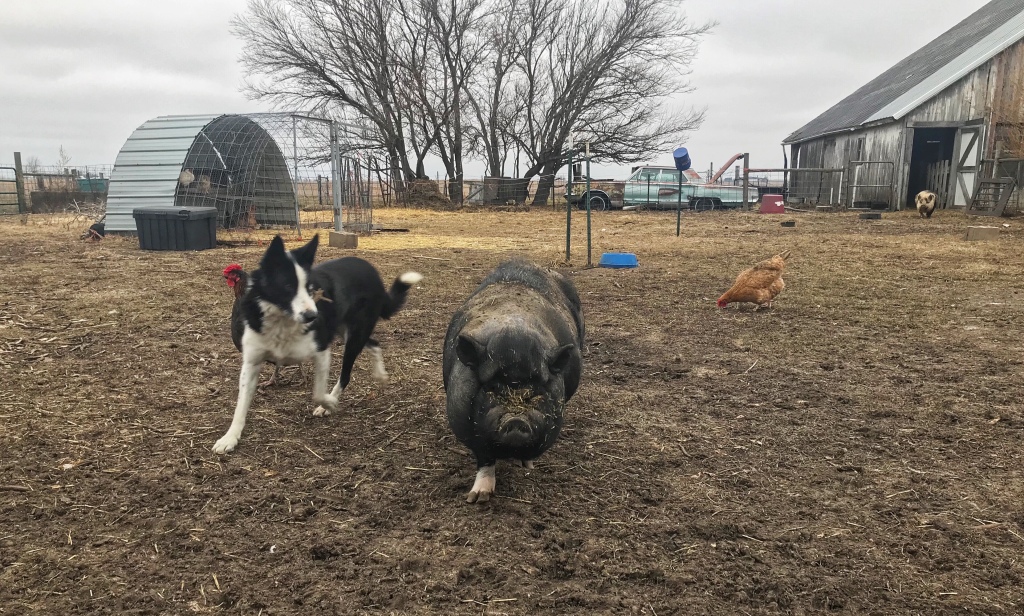 In the winter he burrows deep into his straw so any cream I put on gets covered in debris. Anything sticky is a nightmare. Especially as the straw ages and gets dirty. Today I will work on him and change the bedding in the sunroom.

Wai is a work in progress. He is very sprightly though and still losing weight though not in his face. His head is the fattest part of him. Poor wee fellow. Well, not so wee really.

← HOME, AND IT IS STILL WET
POURING UP →