Illinois was the fourth largest producer of wine grapes in the US up until Prohibition in 1919.  Johns Great-grandmother being one of those paid up card carrying tough old prohibition women. I even have her prohibition prayer cards to prove it somewhere around here. During this period many vineyards were ripped out and put into corn and beans.  My throat clenches at the thought. Sometimes a  few vines were kept for (wink) ‘juice’.  Since prohibition was lifted in 1933 the grapes have begun to slowly creep back into the state.

So Our John and I thought we would help out with the growth of local wine production.  As our patriotic duty of course.

This year will be our first vintage. Though vintage is rather a grand term grand as I only have twenty vines producing so far. This is the third summer for these vines and so we are looking at a small but (fingers crossed) decadent harvest. I have planted Vidal Blanc. A sweet grape on a tough sub zero rootstock. It does not mind the terribly cold winters we have here  and loves the dry breezy summers. This grape is perfect for those little bottles of sticky whites. Known as dessert wine in some circles. Later when I have more vines coming into production we will try our hand at an ice wine. But this season our objective is to get a nice quaffable wine into a bottle then back out again via a  wine glass!

They have been grown organically so they are not the prettiest grapes. They were infested with the Japanese beetle a while ago so the vines are looking quite bare. Our trellisses and wires are sagging in some places. Those damn barn chooks spend way too much time in there. They were terribly pruned by a novice who is learning as she goes. But there are grapes there and this is the one crop that loves it dry at this time of year. 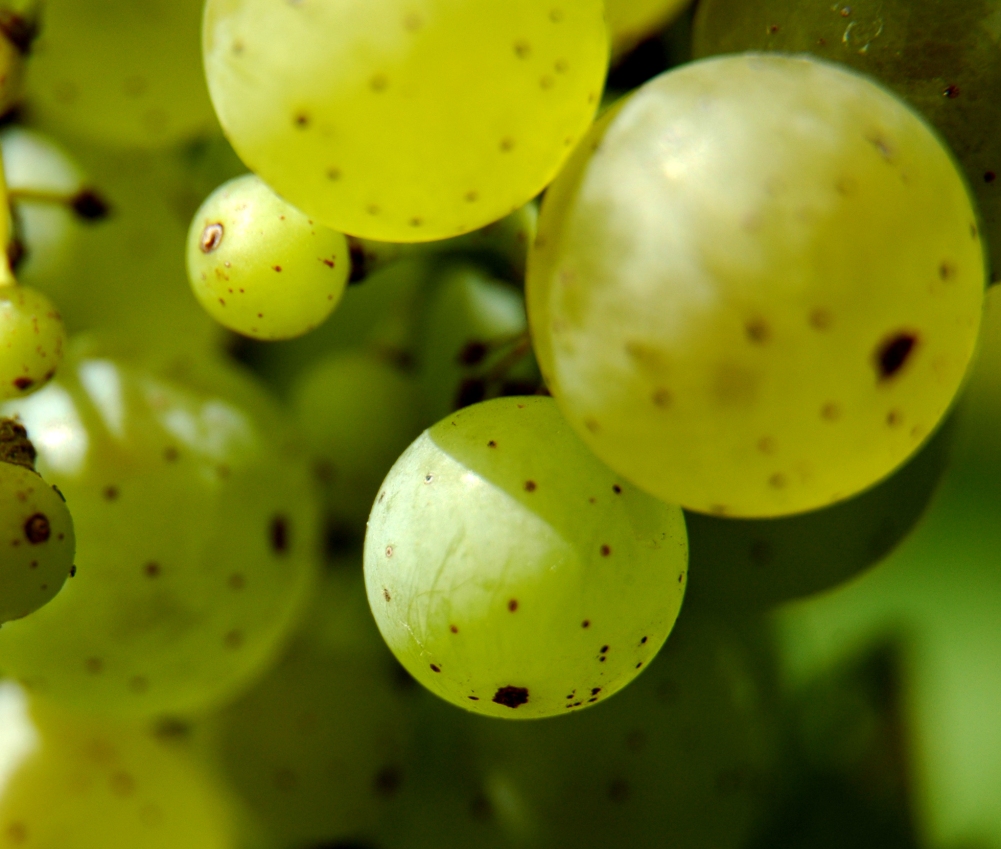 In Hawkes Bay in New Zealand, where I grew up, there are thousands of acres under grapes. The wine industry is huge and growing so fast. Each winery has  a fancy pancy restaurant and tasting rooms and a wine cellar for their magnificent products. We trail around the vineyards  every summer, tasting and giggling our way across Hawkes Bay. There are even wine trail bus tours (not that the locals need THOSE, in fact we make sure to avoid them). My favourite one to watch go by is a wine trail on horseback.  The tourists get a guide and a horse and wander through the lazy Hawke’s Bay summer grapevines  tasting as they go. They (the fun police)  tried to make it illegal to ride a horse whilst drinking wine but the trails actually go through the vineyards so it is all good. Only very gentle, very slow,  very patient, very sober horses need apply for this position! It is advertised as a good way to avoid drunk driving. ( My little brother was once charged with being ‘drunk and in charge of a bicycle with a pot on his head’ – he said he could not find his helmet and it is against the law to ride a bike without a helmet in NZ.  Obviously a sensible chappie. He had not been on a wine trail though.)

For table grapes I have grown the Concord.  I know I should be making jelly but they are so tasty I cannot stop myself eating them off the vine. I am the bad bird pecking at the grapes.

So we are watching the Vidal, they will be netted this week to keep the chickens and starlings out and then we will wait for the optimum day and BEGIN!

← Daisy lost in the cornfield and grandma’s rissole recipe,
Longing for scones →