The farmy from the air..

I have been wondering how to show you the layout of the farmy.  There is so much going on and every field has a name.  This must be a little confusing for you.

I was shifting Hairy so I could bring the girls past on our way through Pat’s gate out to the Salad Bar field. 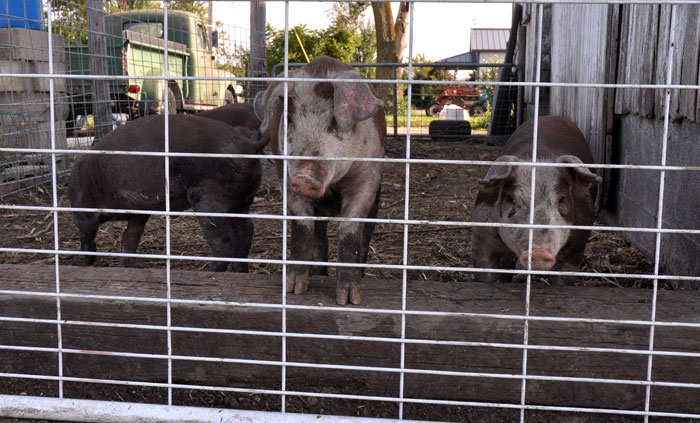 To the East of the barn is the pig pen, they have a gate out to the North.  I was moving the cows past so they were locked in for a few minutes. 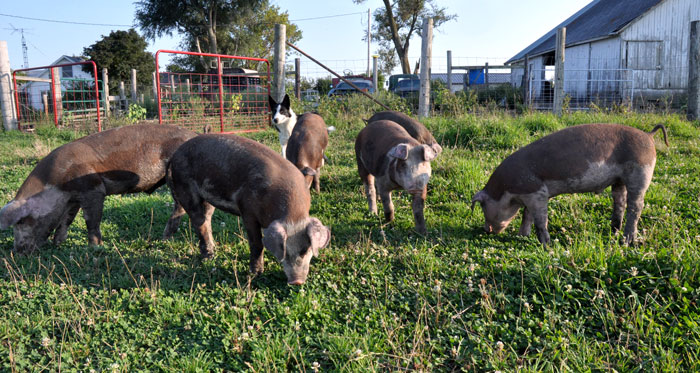 Not for long though. 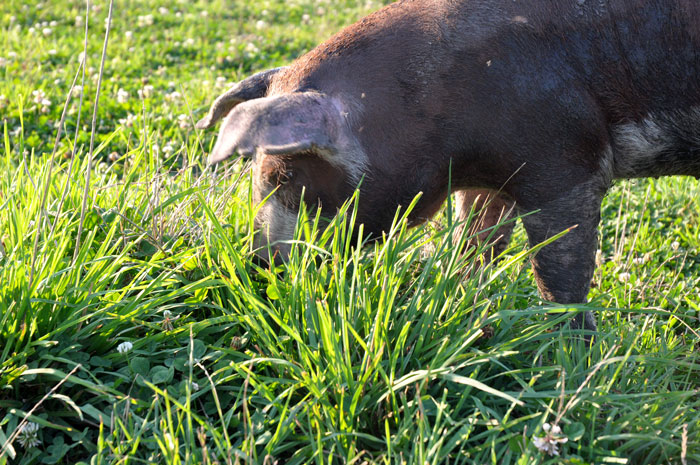 Now here is the rather shoddy aerial picture taken in the spring. It is so rubbish it has been sitting on the floor in the study .. forgotton

It gives you a rough idea though.  The Coupe roof was not even on when this was shot. That is why it is White.  Now it is dark grey.  You can see where the corn is coming up out to the left  (South)and left top of the screen.  Top right of the screen is the Rat house.   Mid right is the barn. To the right of the barn (North) you see a corner of Daisy’s Field, and below that is the Dairy Mistress Field and at the bottom of the screen (left of center) is a corner of the Hay Makers Field. Above the barn where the three big mulberry trees stand is the yards. And to the North of the barn is a slim area of green that is the Pigs garden.  The shots of the pigs yesterday was taken in Daisy’s field.  They walk out of their pen, through their garden and into Daisy’s paddock.

Now if you have time look back to the Rat House. In the North side of the Rat house is the Big Chook House with run.  Below it is the Salad Bar Field. (full of chicory!) Above it (the west side) is the Rat House Paddock where Charlotte is now. And to the North of the Rat House is the Corridor Paddock (with the round piece of concrete) where Sheila lives. Above the round piece of concrete is The Middle Paddock where the Ark is today, and out to the North of that (and way out of the shot)  is Pat’s Paddock.

All the vegetable gardens run down the South side of the property.

Good morning. This shot was taken in the spring by a man in a plane, trying to make a living.  He came to the door to sell this dreadful print when Boo was younger. I was not home. As John answered the door, Boo decided to hold the young man’ s  hand (with his teeth).  John felt so bad he bought the rather dreadful skew-wiff print. But it will either give you some idea of the layout and Smallness of the Farmy, or you will look at it and be more confused than before.  I really must draw a layout map for you.

I have tried to find us on google earth but like google maps it keeps telling me we do not exist.  Luckily the Post Office knows where we live! Because the army can never find us. When they were recruiting  John’s son,  each new officer had to call us for directions as they always got  lost!

← caught red-handed, I mean red lipped – with her hand, I mean head in..
Cooling Our Hot Heels →