Greetings from Northern California! As I write, the rain is pouring down, a real boon for our drought-stricken area. Looking outside, I can see the plants in our raised beds looking a little limp, and our chickens huddled miserably in the dry corner of their run. I can’t see any honeybees at all, though, and that’s because they are snugly huddled together in the middle of their hive, between bars full of honey!

I enjoy reading Cecilia’s blog so much, for many reasons, but I think the thing I find most fascinating is the larger scale of her operation. Cecilia has many barns, pastures, and animals, spread across acreage. Heavens, she even has to zipline across a creek to reach some of them! (Ok, maybe not yet.) Reading about the size of the Farmy delights me.

Here at Poppy Corners Urban Farm, space is at a premium. Four of us live in a 1000 square foot cottage on a 7,000 square foot lot, surrounded on three sides by neighbors. Our home is 20 miles east of San Francisco, in a crowded suburban enclave. We grow as much of our own food as possible. Our garden is chock-full of fruit trees, 20 raised beds of vegetables and herbs, pollinator gardens, a chicken coop, and a hive of 30,000 bees (give or take).

Beekeeping at Cecilia’s is probably very like beekeeping here; we use similar equipment (though I prefer Top Bar Hives), and similar practices. But there is one element in which we differ greatly, and that is population! Our closest neighbors’ back door is about eight feet away from our apiary. This requires certain considerations. I’ve aimed the hive entrance away from the neighbors’ house and into our garden, as well as planted high native shrubs between the two, so that the bees tend to veer up and away rather than across. Regular gifts of honey (along with eggs and produce) is de rigueur. 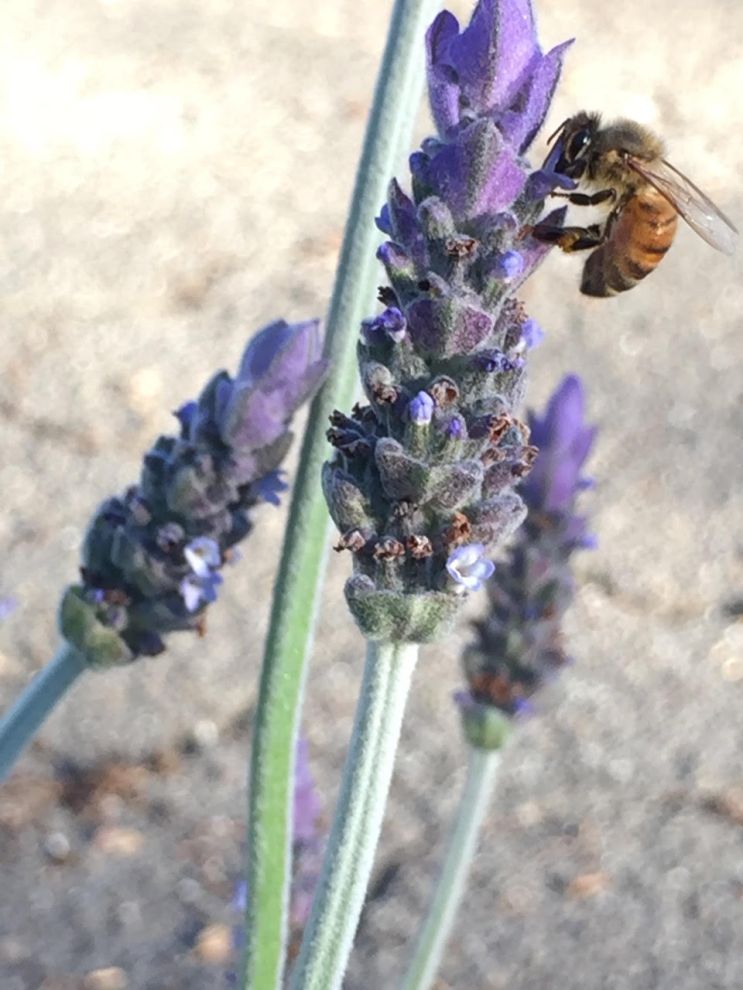 But the most important thing I can offer my neighbors is education. It’s amazing how many people confuse honeybees with yellow jackets. Most stings are caused by the latter, but who cares about identification when hopping around on one foot, cursing? It’s taken time, conversations over the fence, casual comments in the flower garden to passerby, and a lot of patience, to help people feel comfortable with bees. 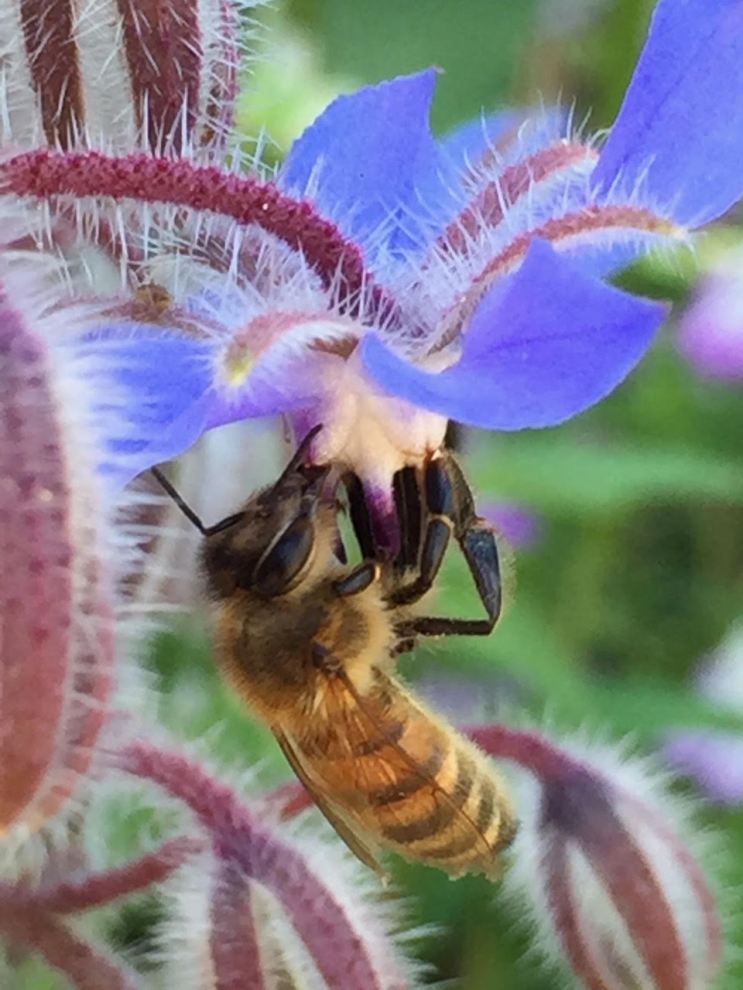 I’ll never forget a summer day at our neighborhood swimming pool, which is located about a block from our home. Honeybees need copious amounts of water during hot weather, especially in Northern California, where drought is typical. It’s a common sight to see a honeybee skim the surface of the pool for a drink. Unfortunately, the bees don’t realize that the water is deep, and most of them drown. Everyone in my family knows to assist a drowning bee by gently putting a hand underneath it, allowing it to perch safely; then it can be taken to the side of the pool to dry off. Many of our neighbors have seen us do this and now do the same. The bees never sting in this situation; I believe they are too confused to do anything but fan their wings, desperately trying to get dry enough to fly.

On this particular day, I witnessed a father showing his five-year-old son how to kill a bee with a foam noodle. The father said, “When you see a bee, just whack it. Kill it with this. (thwump, thwump.) Then it can’t sting you.”
Now, I don’t know this father. His child could be allergic to bee stings for all I know, which would be very serious indeed. But my inner beekeeper took over. I swam over and showed the boy how to rescue a drowning bee, explaining a bit about how they drink. The boy was fascinated, and hung on to my every word, his eyes shining. As I got out of the pool and went to dry off, feeling satisfied, I heard the father mutter, “Don’t do what she said. Just kill it.”

So, close neighbors are the biggest issue here. But there is a problem that Cecilia and I share, and that is the lack of year-round forage. At the Farmy, this is due to the surrounding acreage of monocrops. For a moment, imagine you’re a honeybee, looking for nectar or pollen. You have a flight radius of three miles, give or take. If you’re hungry, that radius will be smaller because you have less energy on which to fly. You skim over acres and acres of corn, or soy. No hedgerows – they were taken out long ago because they don’t make money. No kitchen garden – the farmer of this land lives quite far away. No weeds, heavens no – this is herbicide country. What in the world would you eat?

Urban bees often have an easier time of it, because most folks still like to keep beautiful yards full of flowers. Here in California, though, that isn’t the case, because we don’t have much water. I get around this issue by carefully sculpting and preparing our land and gardens to capture water when it rains, as well as collecting what falls on our roof. My flower plantings are mostly native and drought-tolerant, which means they do well on less water. I take care to keep flowers blooming 10 months of the year, which requires a good deal of research and time, but it’s so worth it – we not only have plenty of forage for the honeybees, but our yard has become a respite for native pollinators, too. It’s a haven, for us and for them. 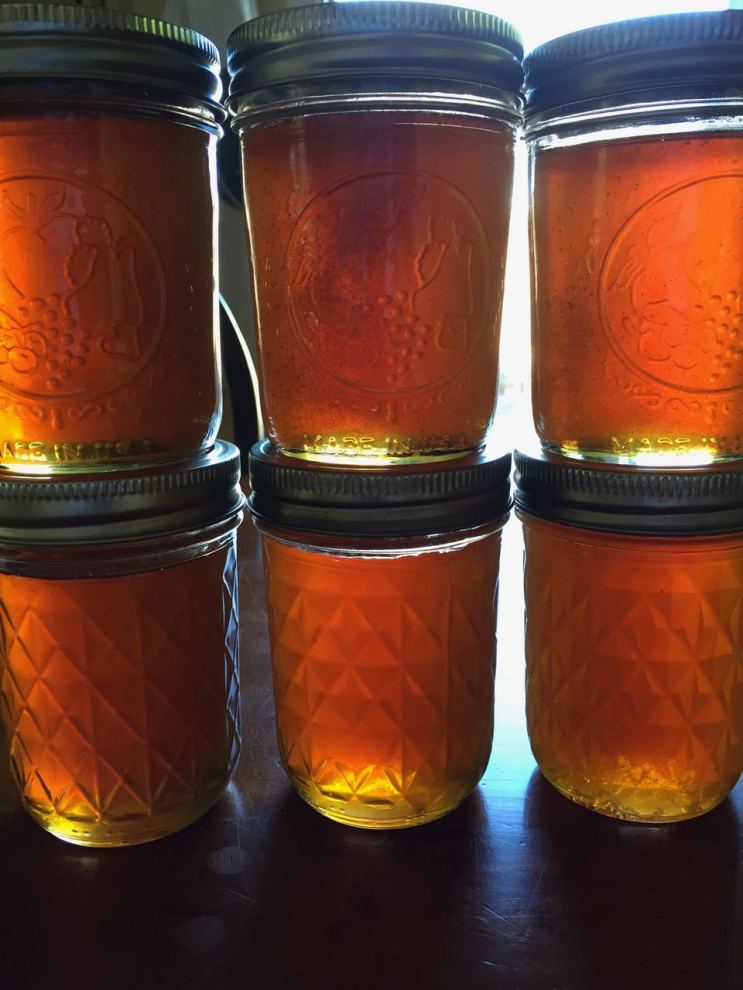 Beekeeping on any scale is such a rewarding hobby; I recommend it for anyone who doesn’t have the room to raise an Aunty Del or a Sheila. I can dream of that someday; meanwhile, I’ll keep gifting jars of honey to my understanding neighbors.