Black and White. But not by design. For days now we have been under this heavy lid of pale gray cloud. Under the threat of snow. Below freezing. A frozen solid white bread sandwich. Colour has fled our world. The beasties seem to do well in the cold. Cows have this great fermenting compost heap in their bellies like an inside giant hot water bottle. As long as they get enough plant matter into those stomachs they are OK. Due to the endless cold days I have increased their intake of hay to keep them vital and healthy.

Consequently, I have ordered more winter hay  – one lot John will drive out to pick up the other lot will be delivered in a few weeks.  Soon we will be stocked up again. 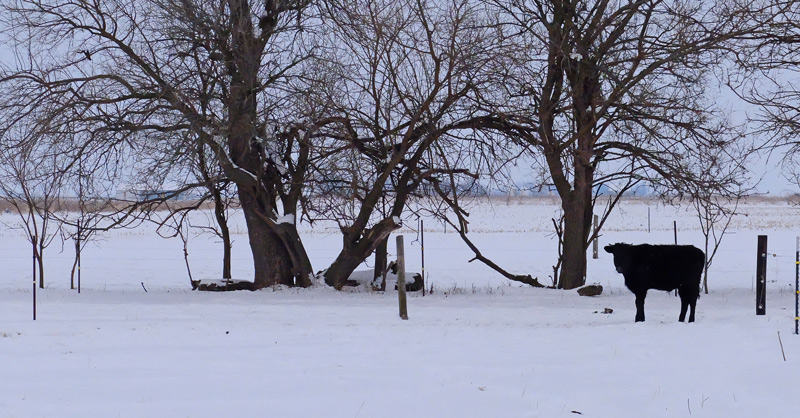 And as I am selling most of these animals as beef now, I need to keep the feed up to them. They don’t have grain at all. So the hay has to be high in protein and plentiful. 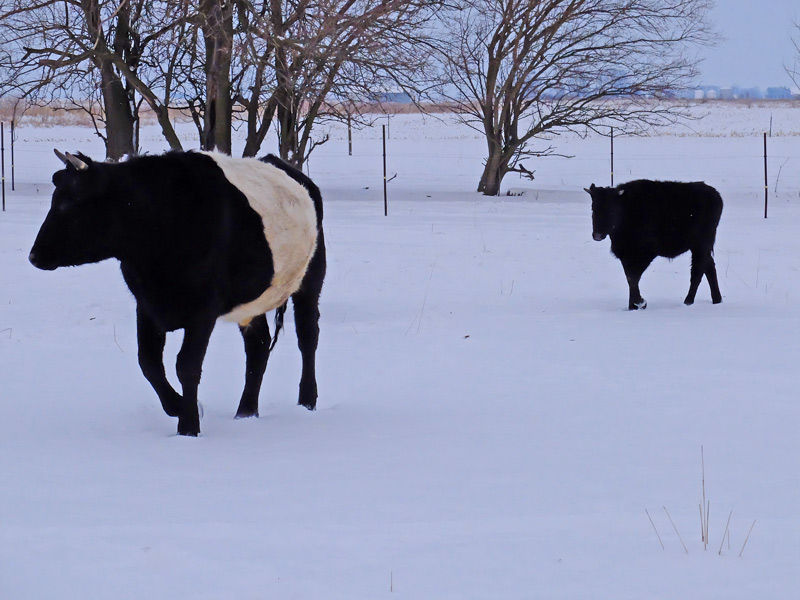 We dodged the snow yesterday and there was no precipitation in the night. Just three more days of this weather pattern then it is possible the sun might shine again. 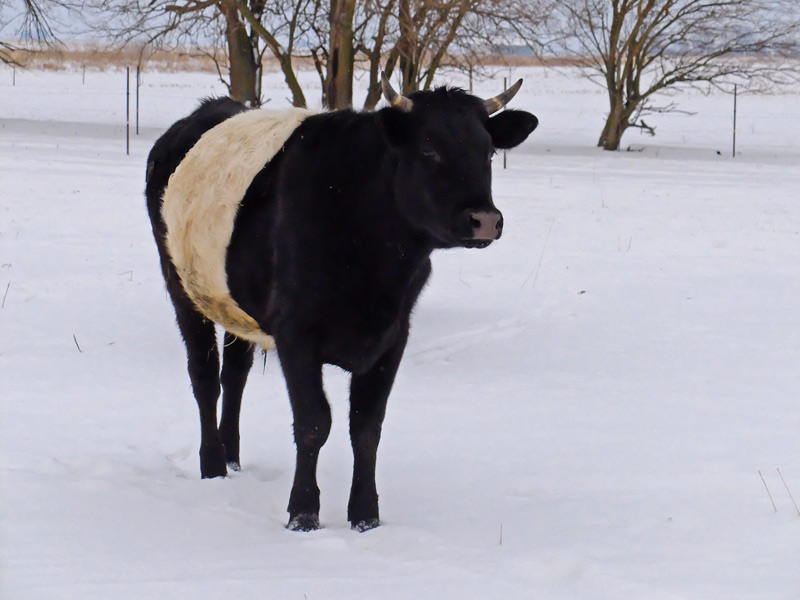 Though as you know once this blanket of cloud starts its motor and moves off any clear skies will ensure it gets even colder.

John has put a heater in the little glass room attached to the south side of the house and has begun to sow seeds for the vegetable garden. I have told him we are only having a little garden this year, but there is no stopping him. I think it is actually a coping mechanism. It helps him deal with the bleakness of winter by beginning the spring garden.  But everything is leggy already due to lack of sunlight – even my little greens garden in there has struggled along, with very little edible growth.  The cold and lack of sunshine.  Hopefully he will be called back to work in a month or so. When the ground unfreezes.  The winters are hard in more ways than one.

Once more – cold light is slowly rising behind our lid of chilled white cloud.  Dawn.

Time for me to get to work. The roosters have been crowing for a while already!

25 Comments on “BLACK AND WHITE”