LOOK WHO IS BACK

TonTon is back on the farm. He was wearing Nanny out with his early morning starts. Out here on the farm my co-worker is up by 4am. So Ton is trained to get up early too. 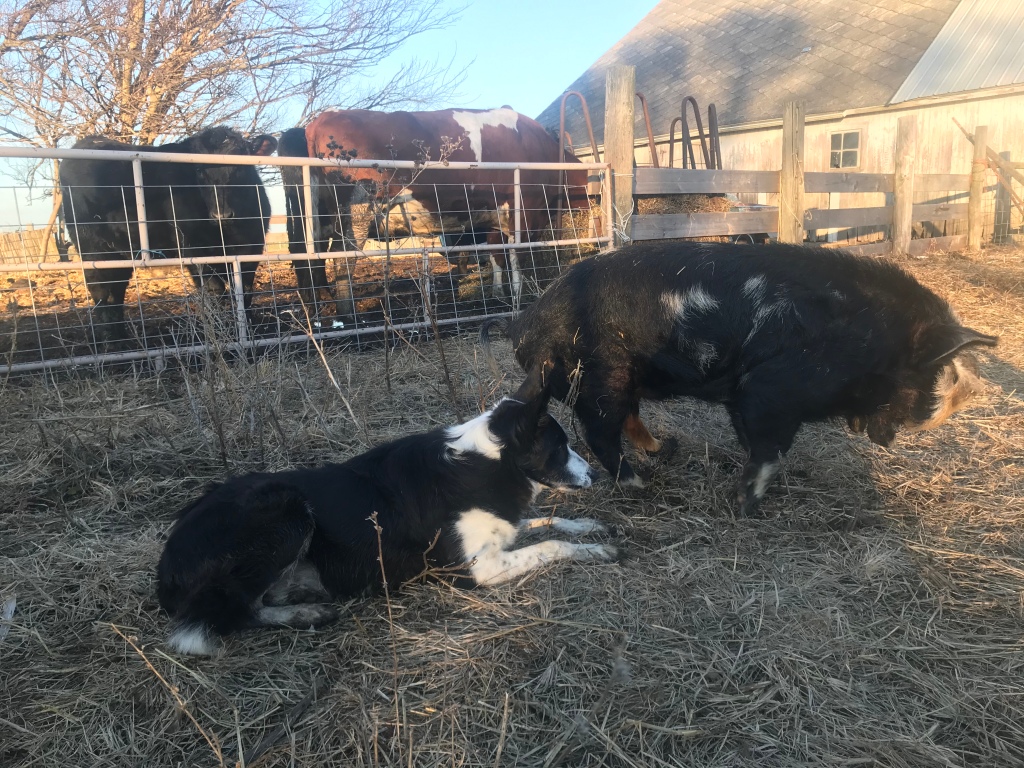 So back to the farm he came: Bed, Bowl and All, and Nanny went to bed and slept for twelve hours straight!

Well, we gave it a crack! 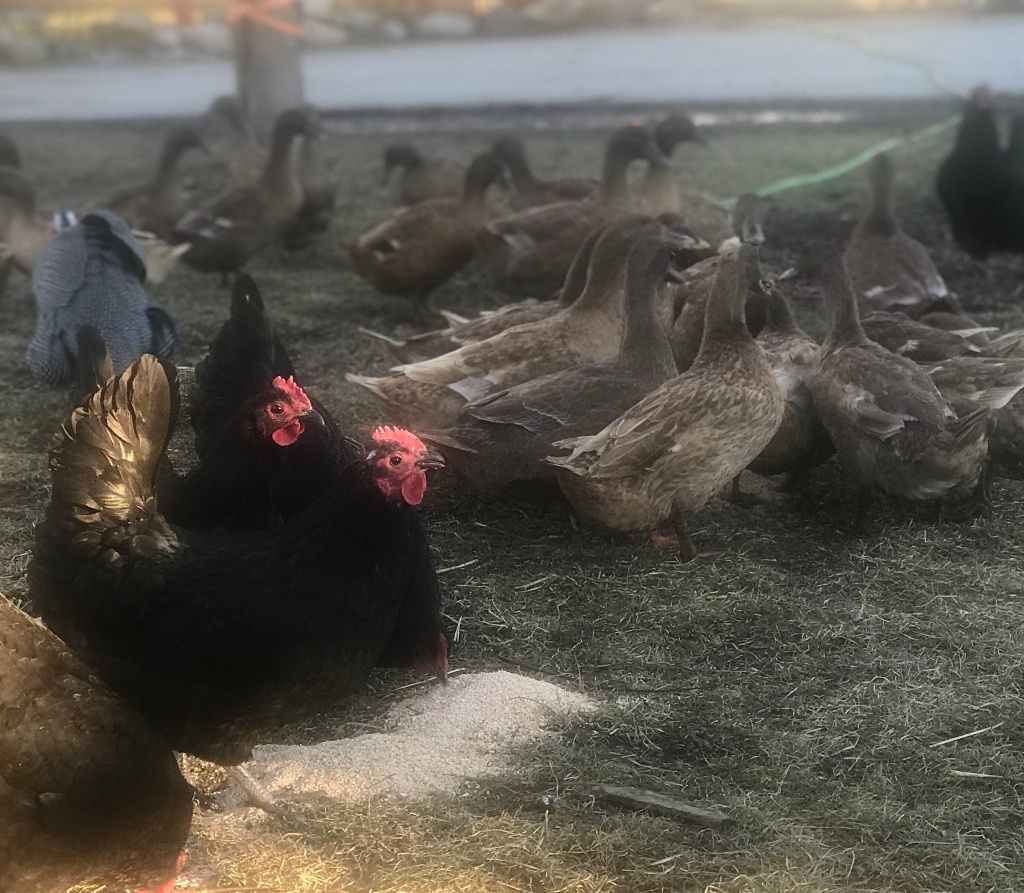 It was cold for a moment but the wind has brought an uptick in temperatures again.

So we are settled in the 40’s for the week. The nights are a little cold but nothing too wintry so far. I hope this continues up until my flight date – which is the 11th of this month. I fly out to New Zealand then if all goes well I will catch another flight straight down to Queenstown, New Zealand. Some of my family will meet me there and finally I will be able to show you the South Island of New Zealand.

More on that later.

I have given Tima her own pen for while I am away. It is hard to make sure Tane gets fed wile Tima is around. So Tima is out with the big pigs – next door to Sheila and Poppy- and Tane took himself in to sleep with WaiWai. Much to Wai’s horror I might add. Wai hates Tima – he has ended up blooded when Tima is around and so he associates Tane with Fat Tima. 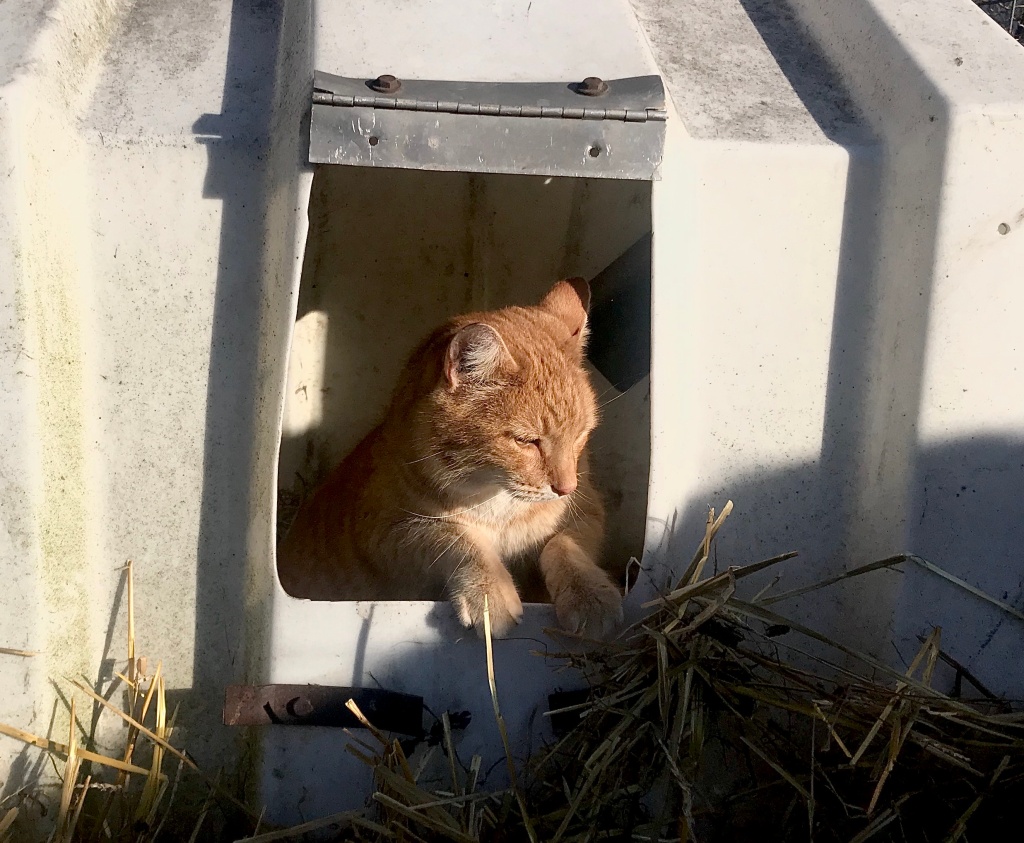 But eventually I was able to get WaiWai to lie down so I could cover him up. They have to share this big mound of straw – and will get used to it. Both are survivors. And survivors can be sprites when faced with a challenge.

I will have them settled by the time I go and Tane will get better attention in the barn.

Speaking of pigs in the barn.

The Six are so grateful that they are allowed into the sunny center pen now. They spend more time here than outside! 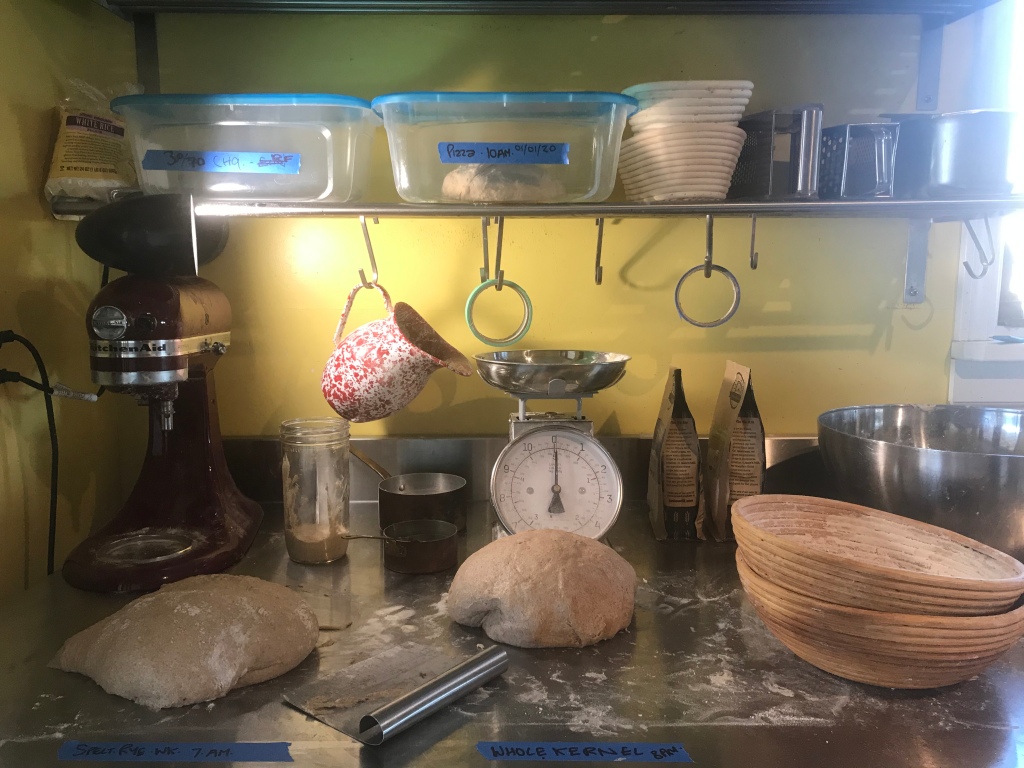 This mornings bread is spelt, rye and glenn. When this loaf is perfected I will share the recipe with you. It is very tasty!

Off to work for me.

← HOW MANY ANGELS
TWO OWLS →