So this week I have started my sour dough starter. Very exciting. Today I will bring in the last of the honey.  Queenie who is still such a short cow I am getting worried that we may have bought a midget by mistake, wears her tiny harness like a grown-up cow and is going for walks to eat the long grass. (Still not a lot of growth in the fields)  I am talking to a local restaurant about collecting their kitchen scraps every day for the animals.  And I have begun my  ginger beer bug. 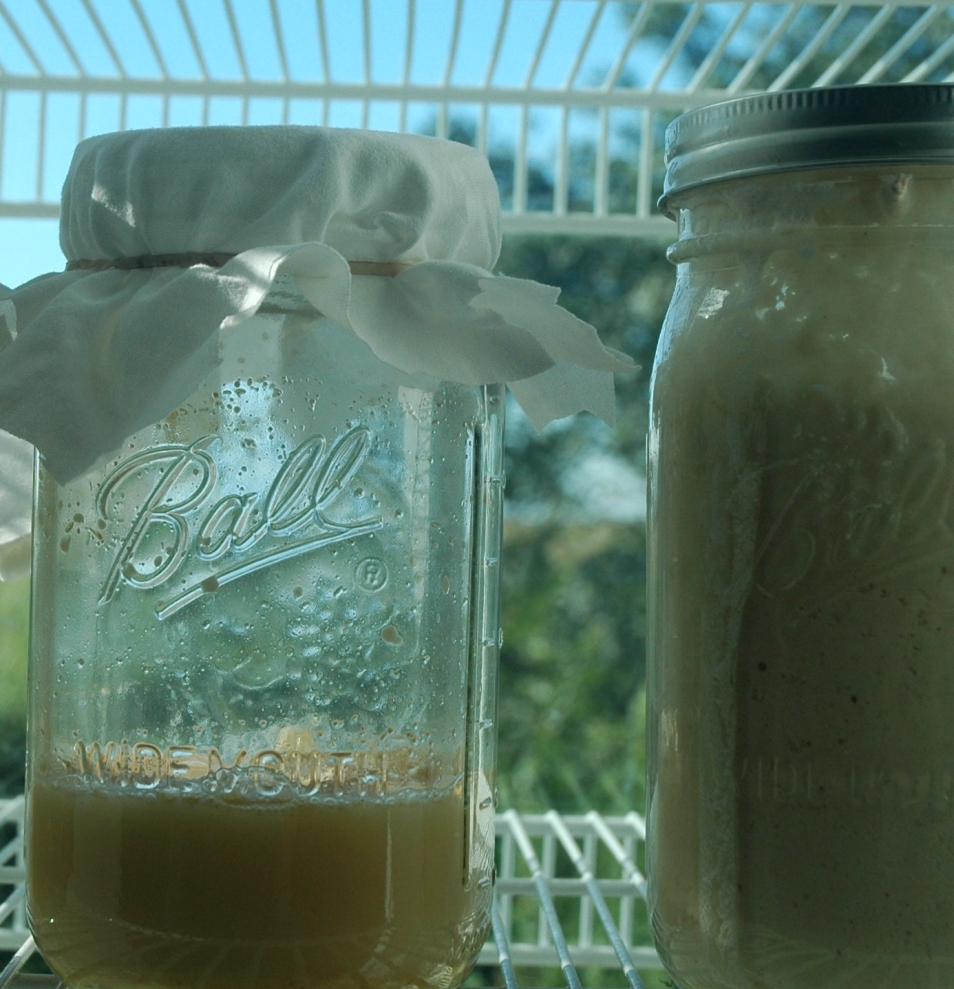 You need a  fermenting bug to make the ginger beer from.  And ginger beer though a lovely drink on its own is an important ingredient in some of our favourite winter cocktails. So getting the bug fermenting  is my first step.

Back when I was a child Dad used to called in to help with the machinery in a local winery up in the hills, run by Catholic priests and brothers. The Catholic brothers were the ones who made the wine.   This was a large estate with the most glorious buildings and my brothers, sisters and I used to go with Dad if he worked out there on the weekends.  He actually built a number of their aluminium wine vats and worked on developing and repairing the presses. All kinds of stuff.  The brothers always bought out large tins of cookies for us kids and weak tea  from the biggest tea-pot I had every seen.  Then leave us to our own devices. We would play tennis, swim, creep into the cavernous kitchens, roll sideways down the hills, peek into the chapel (Brother told us a story about a young student training to be a priest who was put in charge of the flowers for midnight mass once, they had vast gardens and he chose flowers that closed at night!.. how embarrassing) and I have a distinct memory of learning to make a daisy chain out by the tennis courts. The wine making brothers were so kind, and so gentle, wreathed in smiles and careful politeness. One of the winemaking brothers, (later in life I found that he had been an extraordinary craftsman of taste and renowned wine maker)  was a great friend of my Dads. They worked together on all manner of wine affiliated projects.

One day Brother  gave my Dad some yeast that was left over from making  a beautiful bubbly (the yeast had been imported at great expense from France) and a crate of empty champagne bottles. Dad brought this all home to make ginger beer. 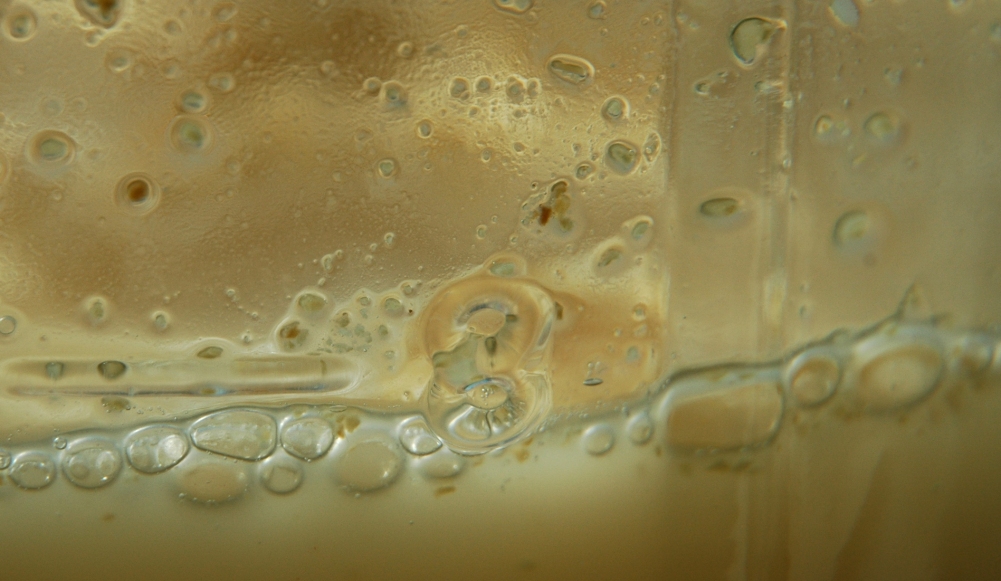 So my dad  started a  ginger beer bug then proceeded to make ginger beer for us to drink. He bottled it in those beautiful champagne bottles. And stored it in a dark cool cupboard in the kitchen.  We had to wait a week. I believe he made a batch every week. As well as being tasty we loved it because it was being poured from a champagne bottle! Though you had to be very careful bringing the bottle up from the cupboard as they were volatile. Liable to blow at the slightest mistep. I believe Dads words were ‘a fiery brew’. I remember once we were all gathered at the table eating   when bombing sounds began to come from the cupboard. Big irregular kabooms. I guess that weeks brew was particularly explosive. Mum narrowed her eyes at us, and we sat in intense silence and  finished our meal  listening to bottle after bottle blowing up in the cupboard. After we had eaten like nice little civilised children and the cupboard had stopped sounding like a war zone, we opened the cupboard to survey the wreckage. I believe that dad tweaked his recipe a little after that and we started to bottle the ginger beer in tall beer bottles. 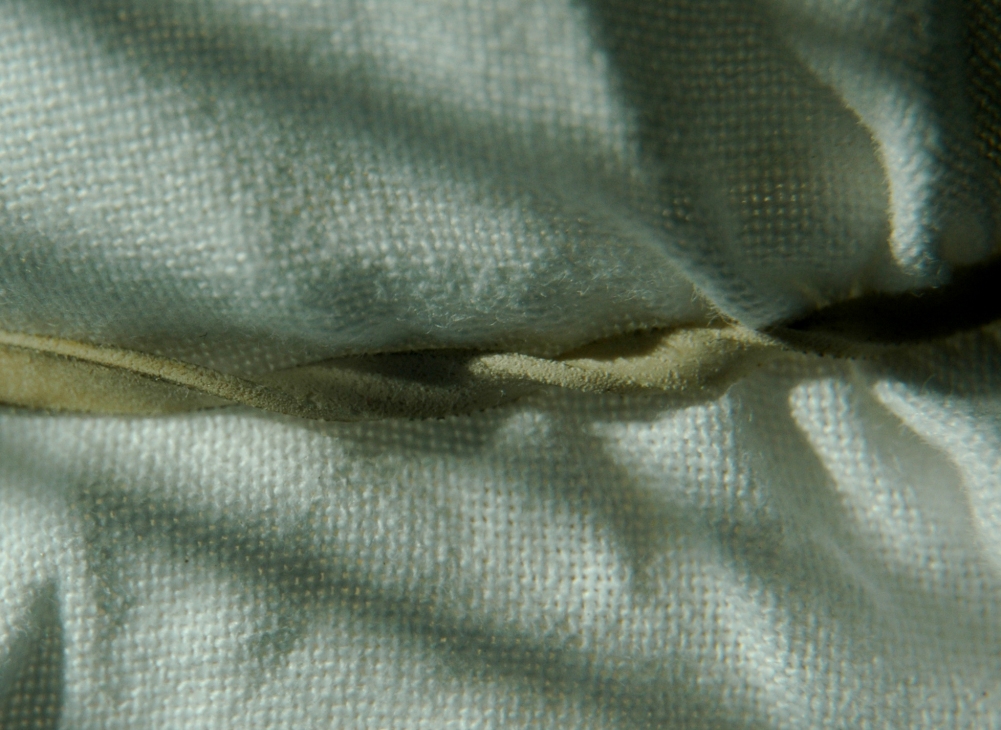 Here is our  recipe.

Mix and Sit for 24 hours in a warm place covered with muslin or cheesecloth.

and the juice of a lemon, or lime

Without disturbing the sediment in the bottom of your bug strain most of the liquid into your water and sugar.  Stir and bottle and cap.  Just re-use bottles that have the rubber cap and wire thingies. (Grolsch bottles would be ideal)  or even bubbly water bottles with a screw cap. Let sit for at least three days, then chill and drink.   It will look cloudy at first but settle by the next day. NEVER shake.

Be careful. These can get pretty poppy so store out of reach of small children. There are more ways to make ginger beer than you can shake a stick at, this is a very old fashioned drink. So let me know if you have a recipe as well. You can strain in  lemons, limes, I have heard of straining wilted raspberry leaves and dandelion leaves.  Even raisins. Some use brown sugar we used white. You can even use honey. So this could be an interesting winter with all that time to experiment.  Especially if I make a batch a week.  It seems best to drink within the week of making it.

I heard  that if you add a teaspoon of sugar at the bottling stage and let it sit in the basement a bit longer this will develop an alcohol content.  We will see. Beware of flying glass I think.

Add water, sugar and ginger to the remaining bug and start another for next week. And lets not forget the sour dough, this needs feeding and making too…. 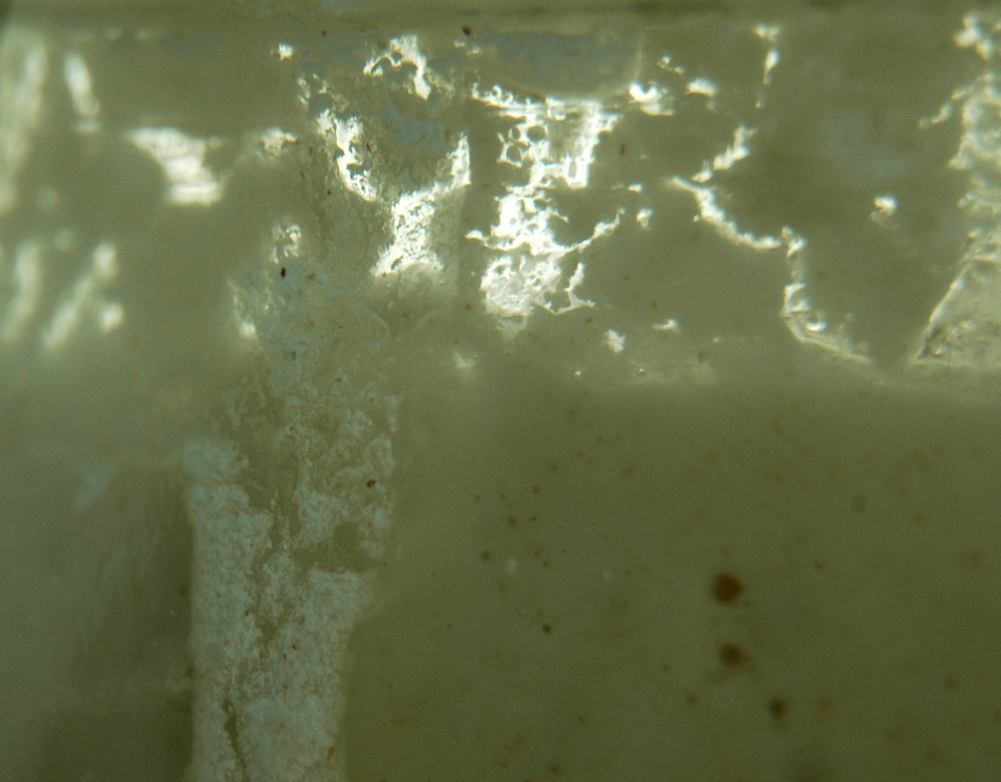 I have put a call out to Fourth son who used to design cocktails  and we will see what he comes up with from those NZ bars.