Charlotte has a hot murky day

Yesterday started off alright for Charlotte, she had her usual walk, shortened now, but pregnant ladies need their exercise too. 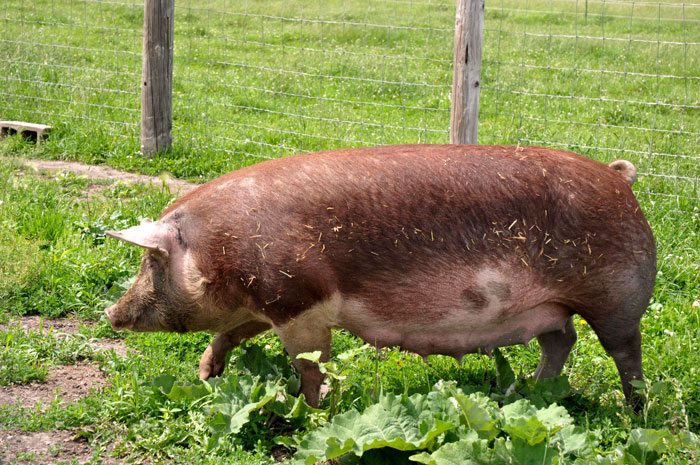 It had begun to get very hot and muggy when I left for lunch with The Old Codger and The Matriarch. So I hung a bigger fan from the rafters of the barn to cool her down some more. Thank you Ron, excellent idea.

But she ignored it and lay down in the doorway. I thought our day would proceed normally but by the time I got home she was panting and frothing at the mouth. Lumbering about swinging her head to and fro like an elephant with heavy ears. All afternoon she was up and down, up and down, gnawing at the doors and grunting at me. Charlotte I was saying what is it. She would grunt using all kinds of sounds, looking me straight in the eye. She paced and cried. The day got hotter, but Poor Char could not settle, she bathed in cold water, stood in cold showers. Up-ended water containers she has never knocked over before.Watched me refill them then did it again. But nothing settled her.

The day just got hotter.

And the clouds gathered pressing the heavy air back down on our heads.

The storm warnings were severe, really severe so in the afternoon  I closed up the barn, brought Sheila in from the field and opened a corner of the barn for the big animals to shelter if they chose. The tractor was brought in and containers stowed away. This all contributed to Charlotte’s distress as I had to shrink her living quarters to accommodate the others. And still it got hotter and more humid. 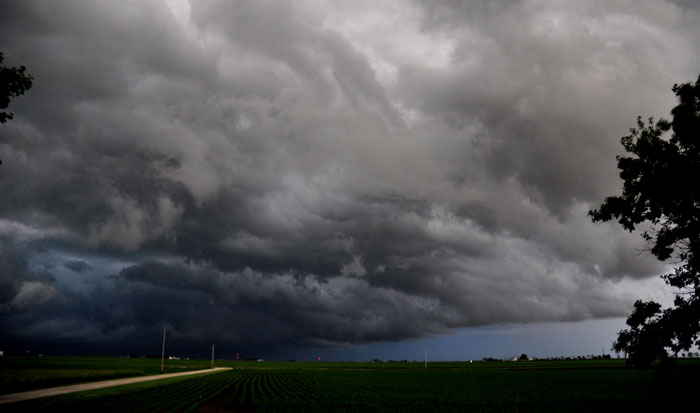 By dinnertime she would not even lie down just stood with her head hanging as I ran a cold wet cloth around her head. Somewhere after  midnight with hours of high winds and rolling thunder and lightening like the devils unholy disco itself, the storm violently  broke open above our heads and the rain poured down and the temperature dropped. While Ton cowered in the wardrobe with his paws over his ears, Blue and I ran out to check on Charlotte. No need for a torch – by then the lightening was flat white  and so close together that is was like a holey blanket of light, the whole sky was lightening, twenty strobes at once.  Char was fast asleep. Stretched out to her full length, her belly relaxed again, laid out in her big pen, breathing calmly and deeply,surrounded in cats. Boo and I did a quick silent reverse and tiptoed back out. The cats barely had time to raise their heads. Best to let sleeping pigs lie.

I checked her again at three and she had not moved. Lucky for her we have a few cool days now. Ok, time for work. We got almost half an inch of rain. Just the right amount.

After I have shooed everyone back out of the barn and opened the gates for Charlotte again, fed out and checked my roosting girls I shall weed the grapevines. The chickens will be well fed today, the dandelions are huge in there!

Oh I must tell you quickly before I go. I found another peacock egg in the hay manger when I let the cows in, saving it from Daisy I went out to the chook house with it in my hand, unsure of my plan. The black broody chicken was half in and half out of her box, screaming and squawking and making such a racket. So without any real thought I just popped this big egg into her box, she whisked back in, turned around twice like a dog, sat herself down and with her beak carefully rolled  the peacock egg under her breast so it rested on her little chicken feet. She fluffed up her feathers until it was completely covered then she sighed and went silent. And that was that.

Oh the sun has come out! Off I go! Have a lovely day.

← How to Treat Organic Pear Trees with Fire Blight
How to make a Worm Farm in your garden. →

64 Comments on “Charlotte has a hot murky day”