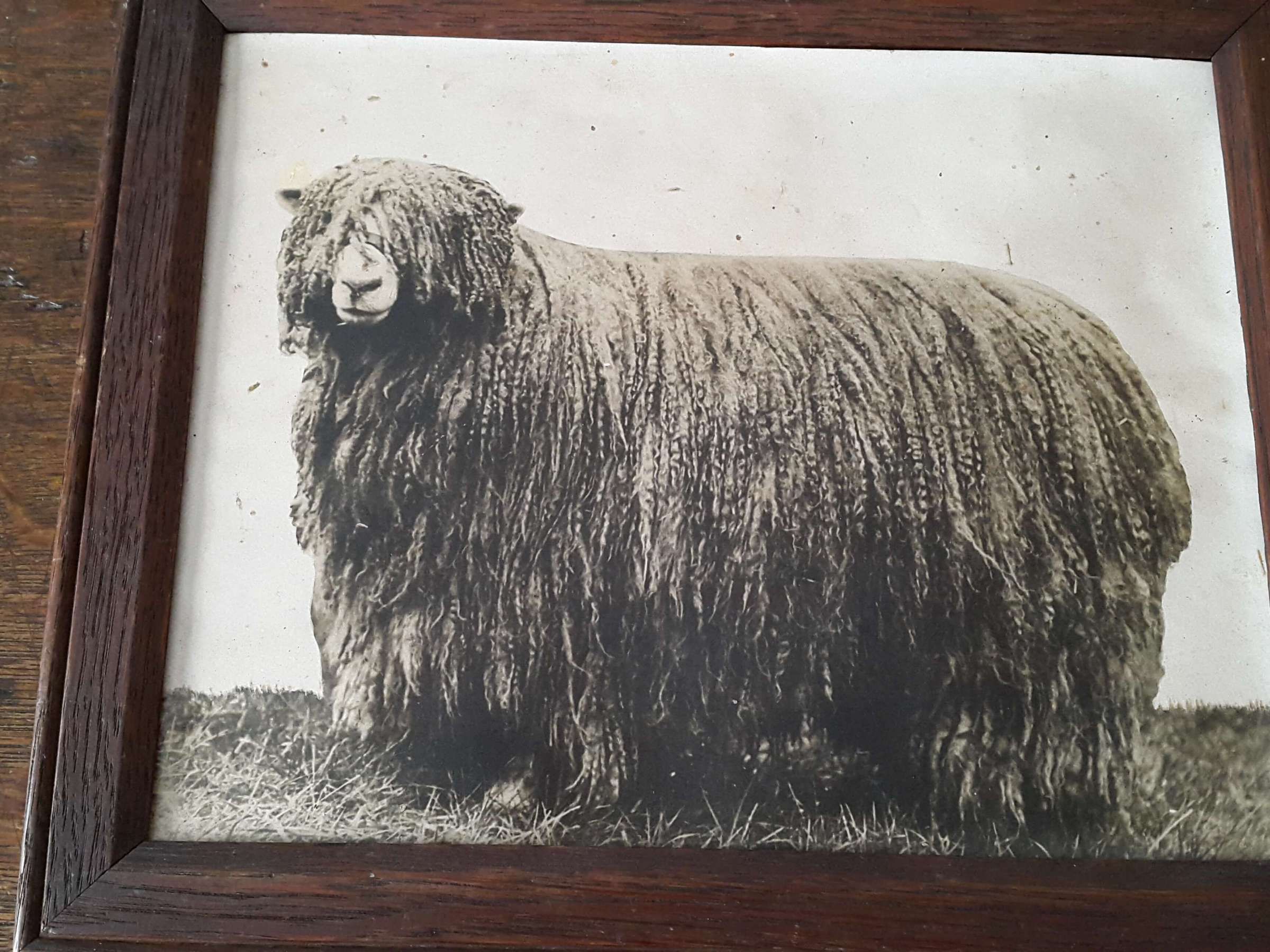 A Postcard from England, Old and New…

My grandfather, Fred Brackenbury, came from a long line of prize-winning English shepherds. ‘My father was a shepherd’, he said once. ‘And his father. And mebbe his father…’. Here is Fred, eighty years ago, with some of his charges, and one of his faithful collies! 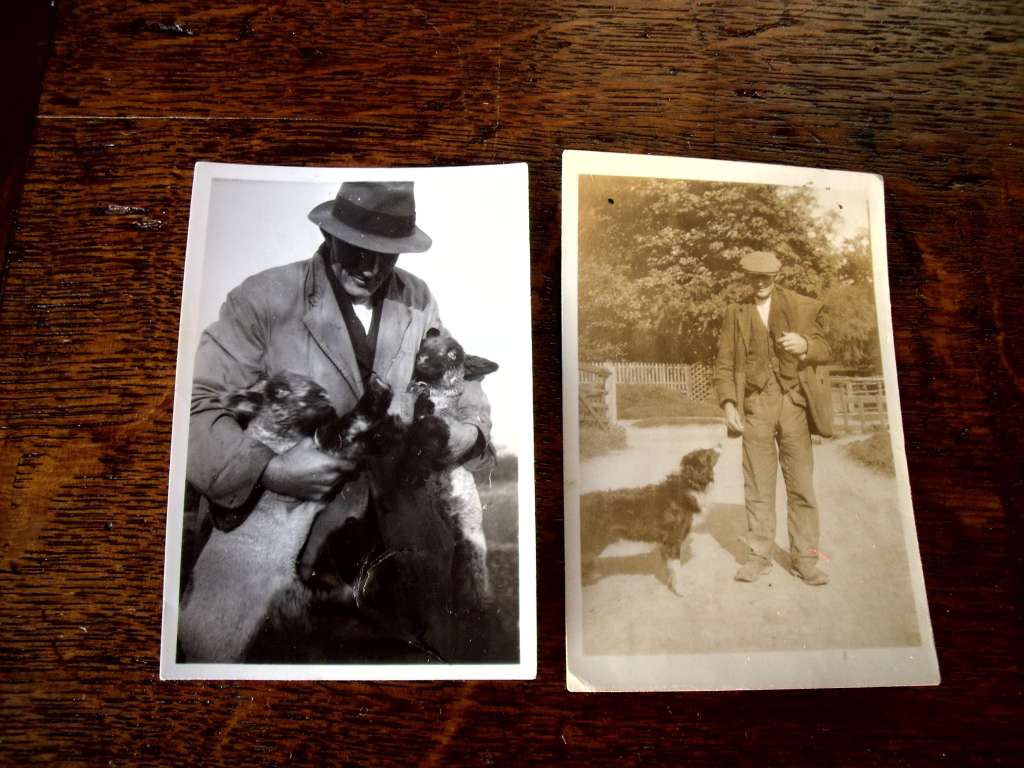 Fred won many prizes for the farmers he worked for. In the 1920s, his employer gave him a framed photograph of one of his Champion sheep. It is a Lincoln, now a rare breed… 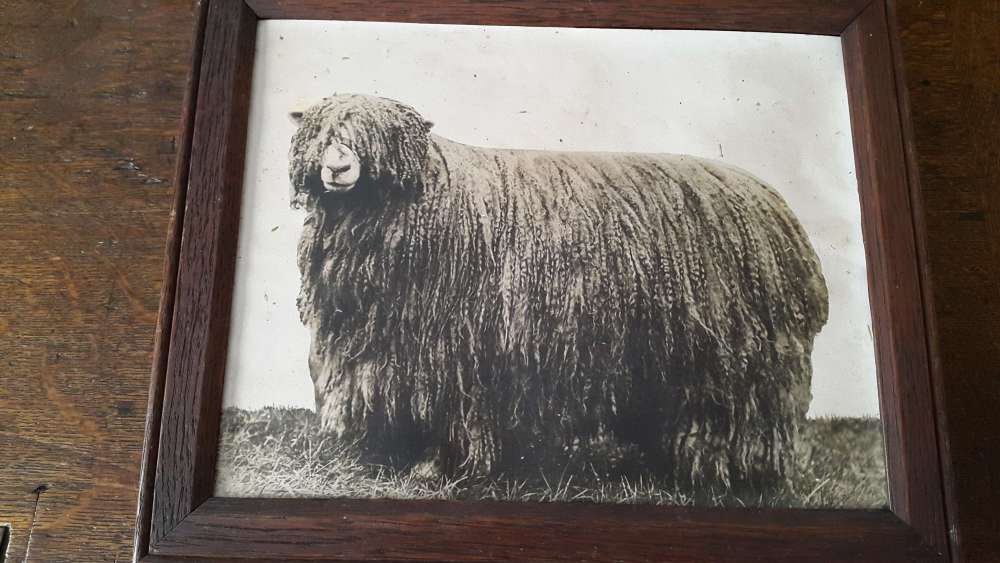 Fred was born in the reign of Queen Victoria and died in 1972. He never learnt to drive, but used a horse and cart. Here is one of his most celebrated shepherding ponies, called Buttons, with a very young shepherd on board!

And here I am, with one of my grandfather’s orphan lambs in the 1950s, defying my unsuitable Sunday clothes! 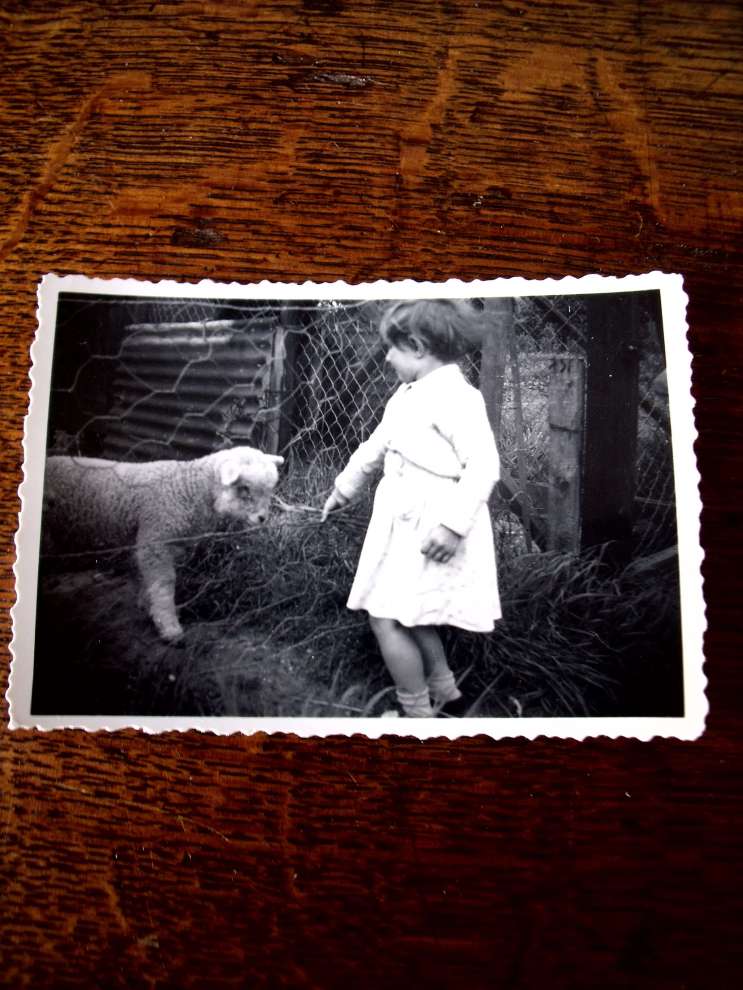 I photographed all these old pictures on my grandmother’s Victorian desk, from her lost family farm. Times change. I have spent my adult life living in a small town. For decades I worked in my husband’s small metal finishing company. But we spent almost all our spare time on the Gloucestershire hills, where our rough-coated ponies lived on a farm! We spent days under summer sun clearing fields of ragwort: a poisonous yellow-flowered weed with very tough stems! Does it live in the US, Celi? Here is the last pony who benefited from our weed-clearing – the almost saintly Would-be-Good (Woody). 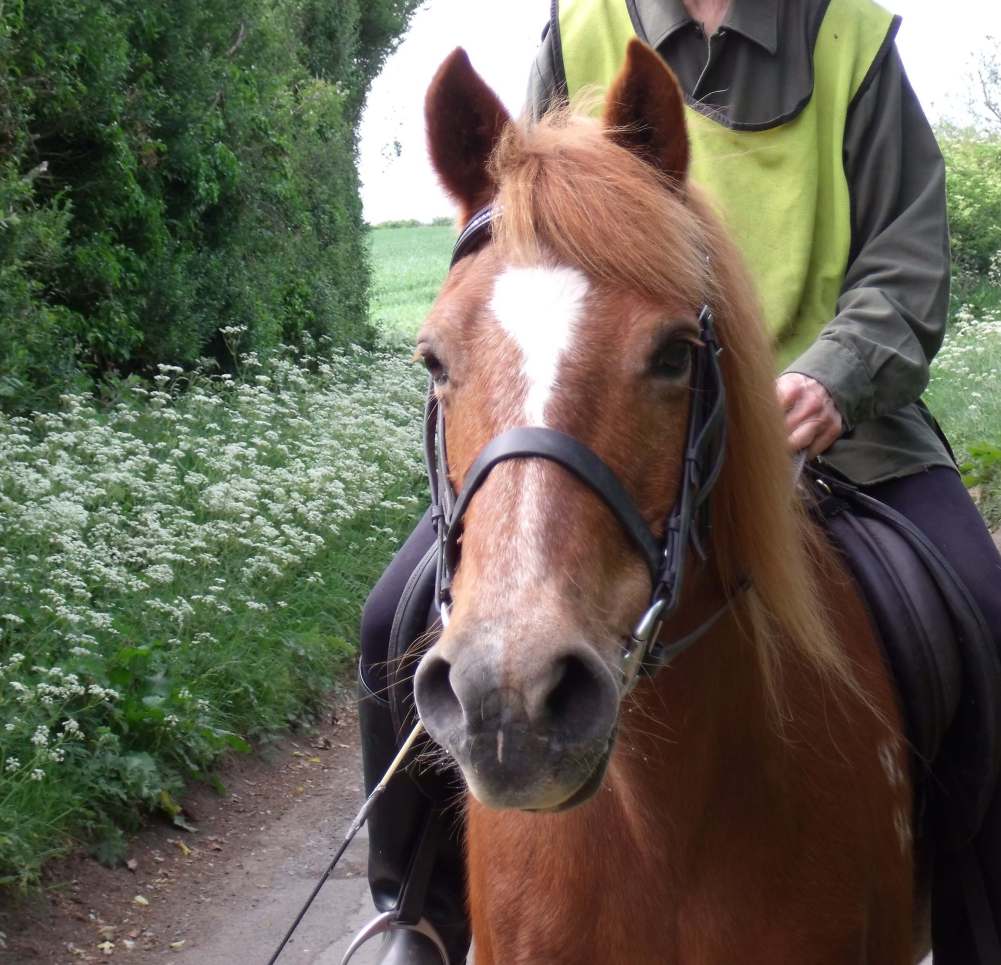 Here she is in a summer lane, with Cow Parsley growing on the verges! And here she is enjoying the highlight of her day: her bucket. 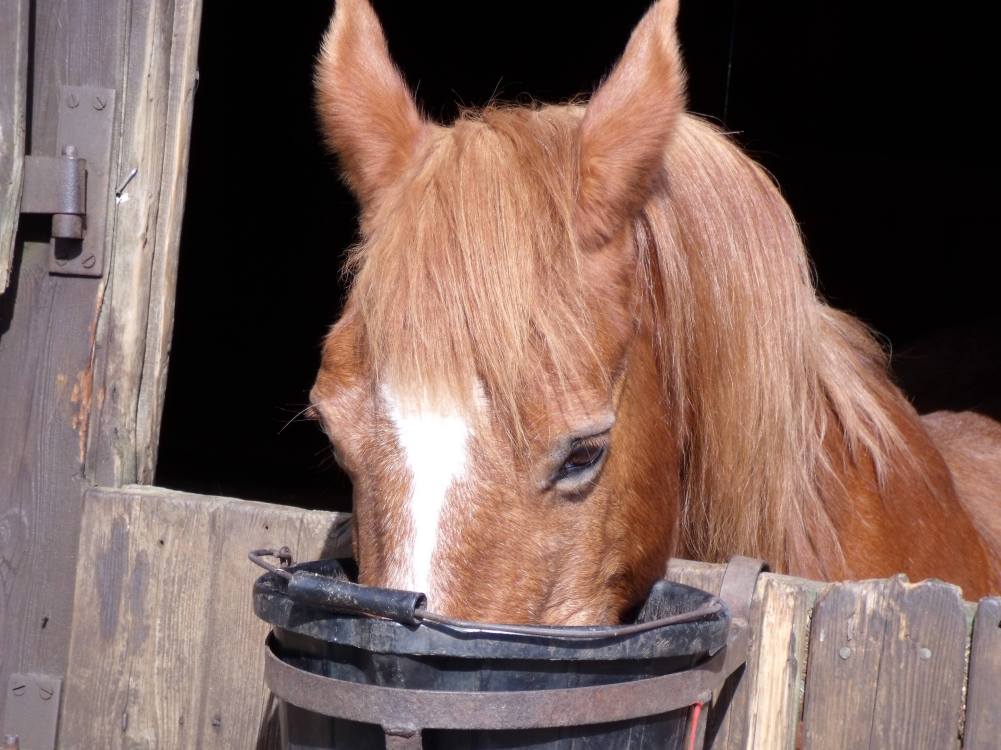 In the small gaps between horses, field and day job, I also published nine collections of poems, many about the countryside and horses. Here is one about my accident-prone though beloved first pony…

If he had stayed
in the four white walls
or alone in his patch, the untidy hedge
strewing its roses through empty hours
he would never have met the dark mare
whose neck he licked by the elderflower
whose kick snapped his straight cannonbone.

For sixteen weeks he must stand in the straw
watching the light wash and ebb.
All warmth will have flowed past when he stumbles out
November’s wind raw on his leg..
Was it worth it? He shuffles, he cranes to the lane,
calls her, and calls her again. 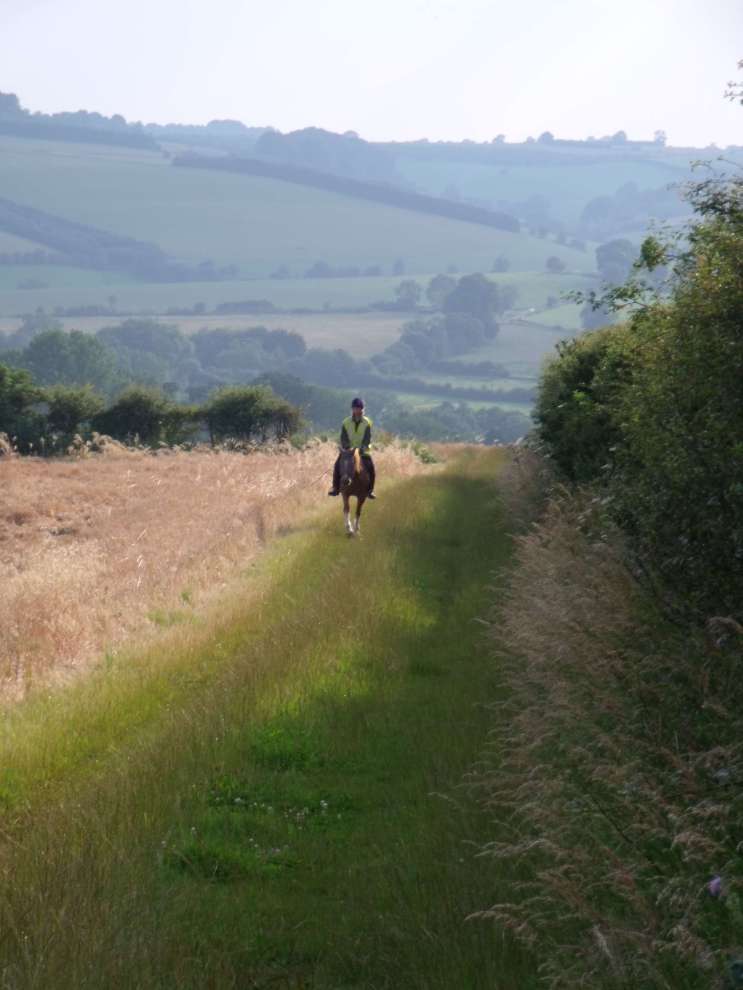 Here are Woody and I on a farm track! Here is a poem about the hares I saw there with my husband, when Woody was nearly thirty..

And the rain stopped.  And the sky spun

past the hills’ flush of winter corn.

The mare strode out as though still young.

I saw a hare run with her young

upon its great back legs.  It boxed

at air. The second flinched, then rose.

England has blackbirds, mice.  To find

as barley, under icy wind.

Boxing is courtship, failed.  One broke,

tore past us to the rough safe hedge.

She crossed the sun.  Her colours woke,

Her legs stretched straight.  The late showers made

bright water fly from every blade.

(Published in my ninth collection, ‘Skies’, published by Carcanet in 2016)

Very sadly, Woody’s sight became dangerously bad due to untreatable cataracts. She had to be put down last summer, aged thirty-one. We had looked after her for twenty-three years (with many buckets!) We miss her terribly. But we still spend hours on the farm and also go further afield into the countryside, seeing the wild birds my grandfather loved so much. So, finally, here are warm January greetings from a cold England, as country walkers and their dogs head home through the mist, on a muddy canal path once trodden by the huge barge horses!

A Happy Homecoming to all who tramp through the mud! 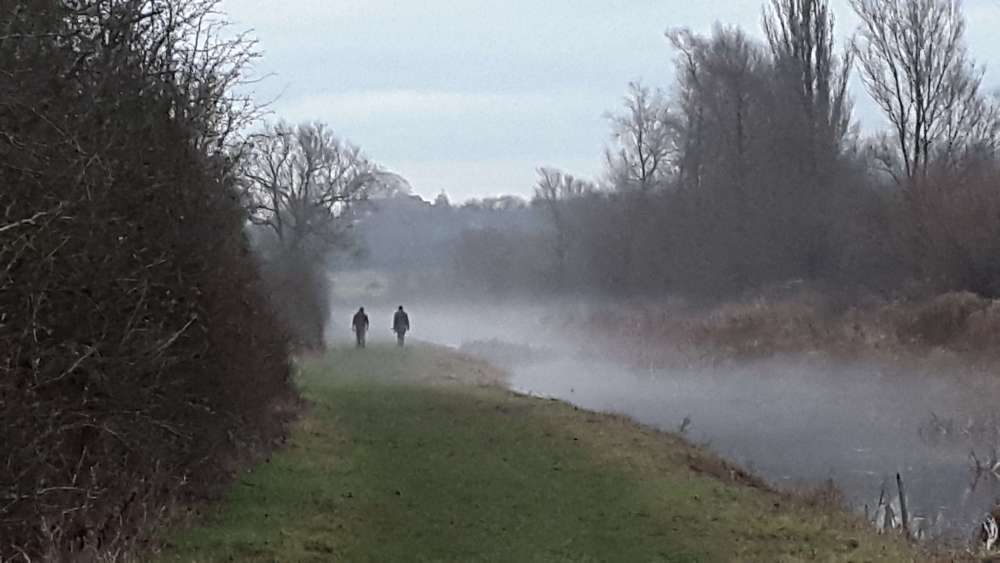