We did fencing yesterday. The middle sized pigs are pushing their fence  outwards as they race up and down chasing cars in a mad kiind of gaggle. My UPS man – who visits almost every farm and house in the area  -said he has never seen such hilarious pigs. They will knock each other sprawling to race the cars up and down. Anyway yesterday, in the heaving sodden pig trampled mud, that squirted water up at every step, our boots sticking in it, then sliding in it,  we put up an electric fence rope alone the fence line.

The sticking and sliding is an interesting one. So your boots get stuck in the mud then slide sideways slightly as they go deeper but enough to unbalance you. You catch your body in the fall but your feet stay in the boots that are by then way stuck IN the mud. So you do this kind of jolly jumper kind of sway back and forth on your concrete feet. There is immediate panic of course as hitting the deck with mud and pigs below is NOT an option and moving forward has some planning involved.

Then once you have righted yourself you face the problem of pulling your feet AND the boots up and out of the mud for another step. Pulling the foot up without the boot is quite another thing altogether and to be avoided at all costs.

There are squelchy sounds too which I will not describe it was all too horrible.

Pigs love it of course.

Although they are only in there another couple of weeks we were going to have pigs chasing cars all the way home if we did not fix that s the mud had to be dealt with.

After we finished that job we did the chores, feeding all the animals, bringing Molly in from the field, transferring plants into the glasshouse out of the blowing chill forecast, feeding out hay, etc and it began to pour down. Really pour. A face washing rain. 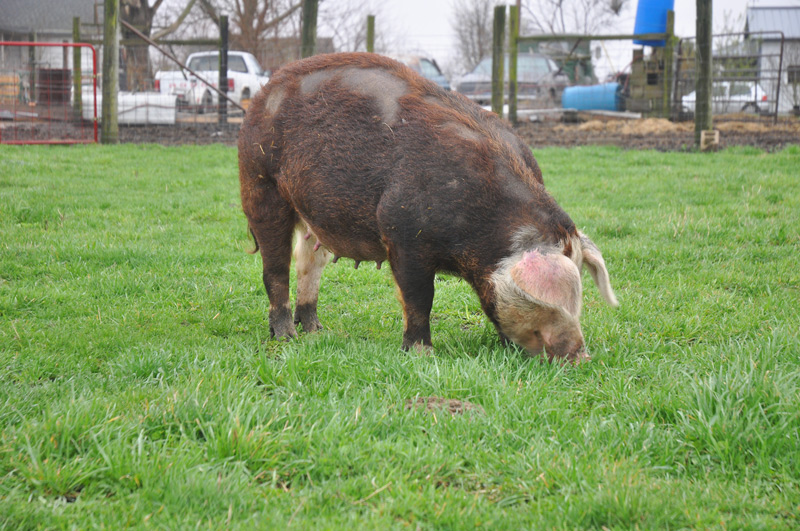 To work in the mud I had put on my clown pants and jacket and Alex was wearing a navy jump suit under his jacket and soon all these layers were soaked. I had not bothered going back to change into wet weather gear.  We were already too wet. 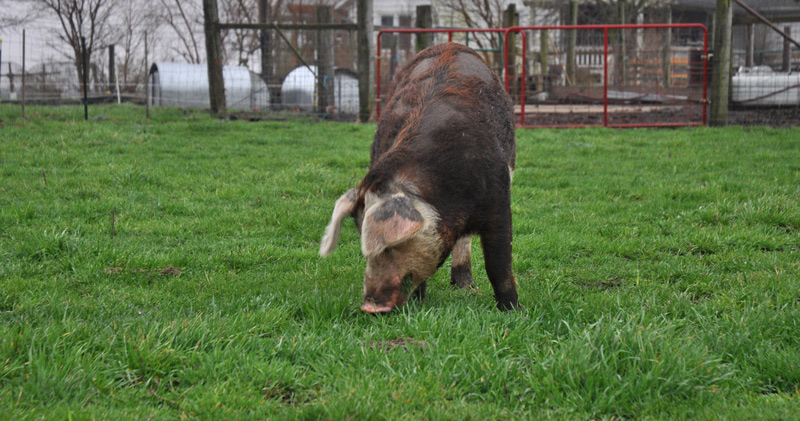 So as the weather worsened  we quickly because heavier and bulkier as our cold weather gear soaked in all the rain. It’s funny how being soaked standing up and walking is just wet. When we climbed into the truck to go and feed out at the West side we discovered that soaked and sitting down  is much nastier. Very shortly the pressure of my seat had drawn the wet right through to my skin. I was even wetter. And it was cold. 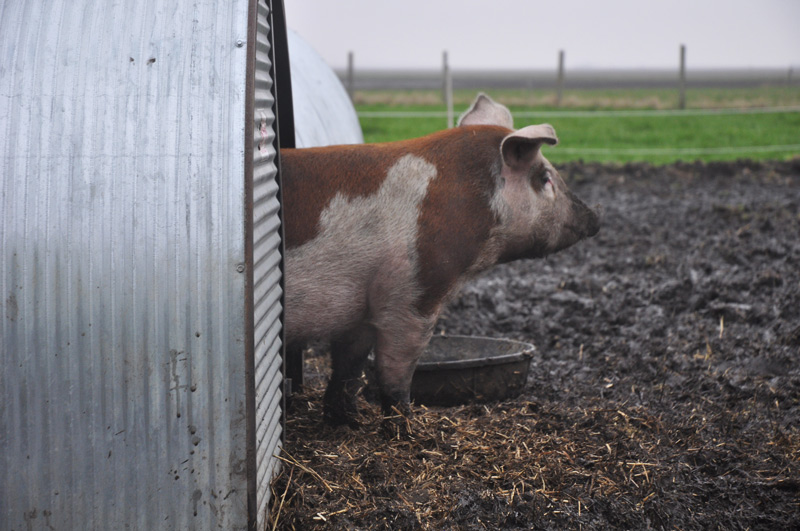 I discovered yesterday that my miss-spent New Zealand youth hanging out with the fishermen (my Dad repaired many of their trawlers) was well spent, because I tie better knots than the Navy man! I did not scoff of course but I felt quietly smug.  Though I guess knots on a nuclear submarine would not be useful.

Maybe I should do a class in knot tying for the kids. Tying a knot that creates  tension in the rope or fence is very useful. My Dad taught me that one.

Here is the site I have filed for when I need to refer a kid to a knot.

The winds are coming now. But they are good for one thing. We need the wind to dry up some of this mud. Though warm wind would be nicer. We are going down to below freezing with this wind tonight.

Cloudy and windy. Periods of light rain this morning. High around 50F. Winds NNW at 20 to 30 mph. Chance of rain 90%. Winds will occasionally gust over 40 mph.