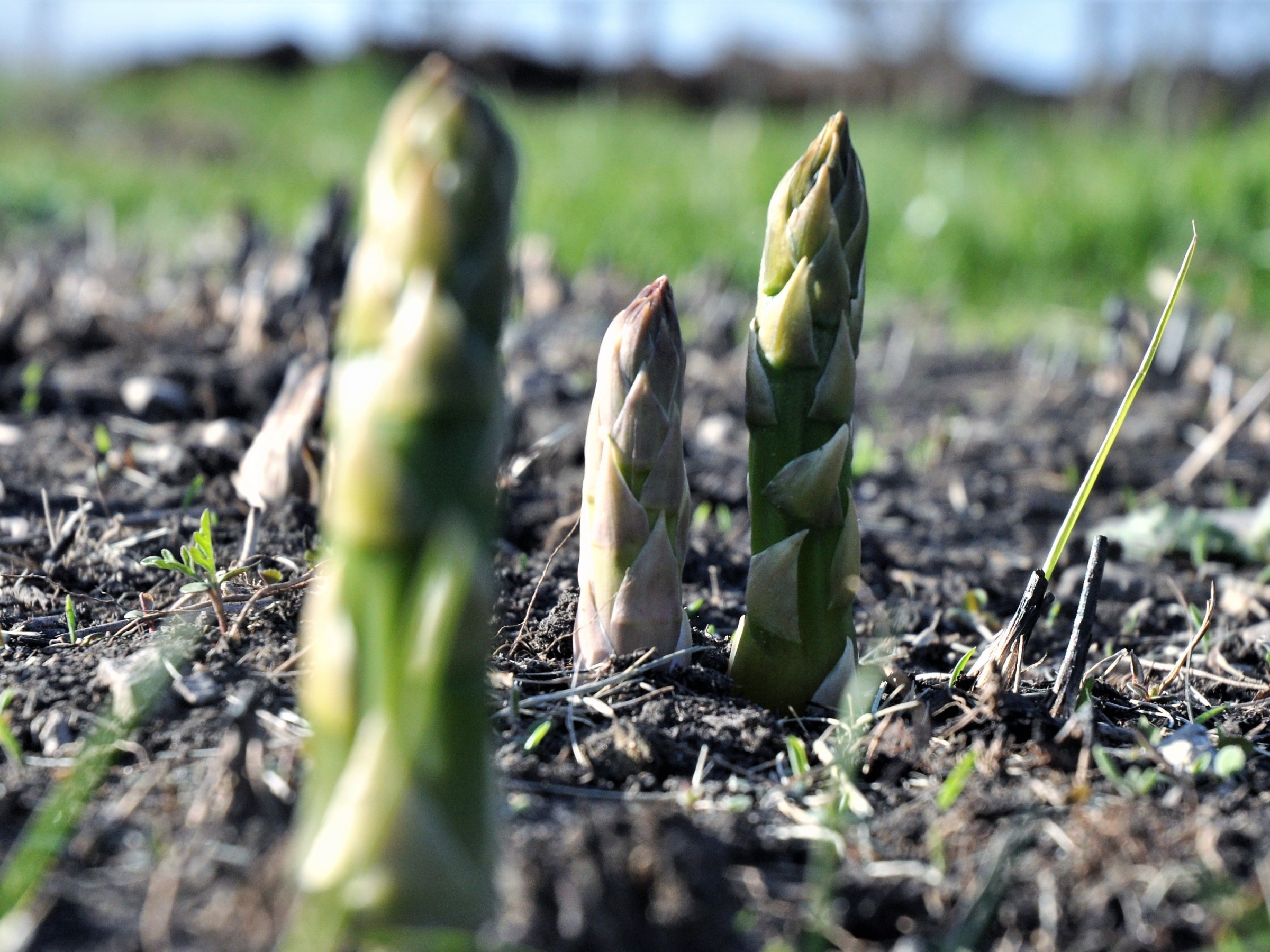 THE Asparagus spears keep pushing their heads above ground only to be frozen by the recurring frosts. Last night it was not meant to freeze but once again the temperatures drifted slowly down past a reasonable temperature. Our patch of land is the lowest for miles around so it gathers here.  Like gas seeking the low lands.The spears go an opaque watery green then their heads begin to droop and they wilt back down. It sets the plant back, slowing it down, but hopefully not killing it off though the rot going back down into the crown is not a good thing.

I have been weeding every day down in the asparagus patch trying to eliminate much of the grass mat and thistle. The asparagus is left to go to fern for much of the summer resulting in a lot of flowering weed.  After harvest the plants are covered in compost and this year I am going to experiment with a ground cover that might suppress the weeds and when it dies in the winter will provide a mulch. 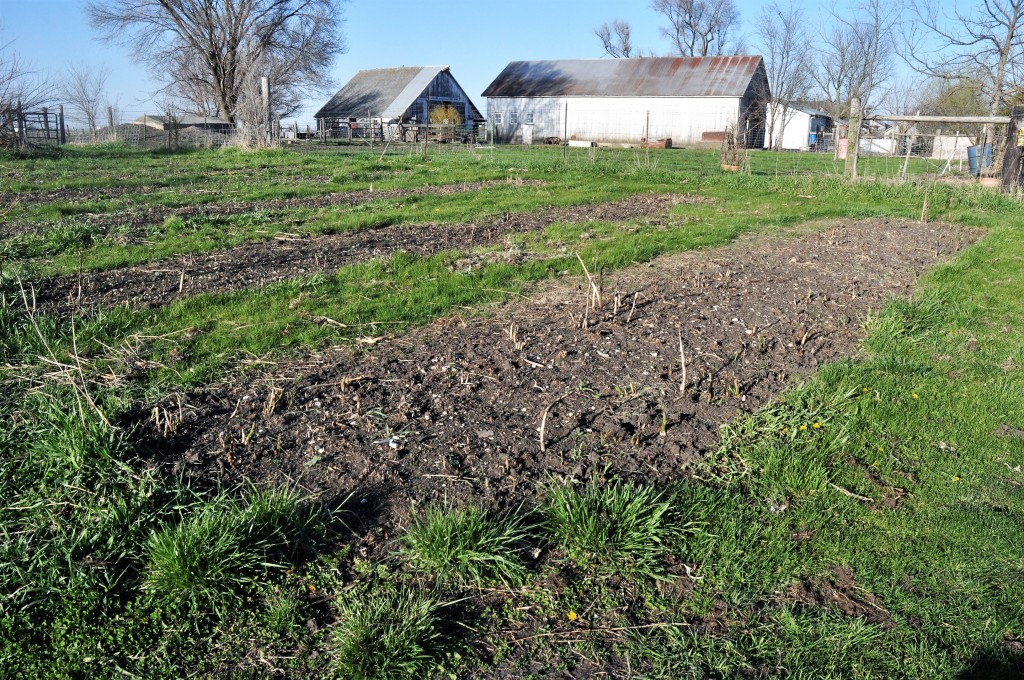 Many ground covers release  additional nutrients when they die and though I am  still researching this idea Austrian Peas are the running favorites.  (Mainly because I still have some in the seed store – behind the couch).

Each of these beds has over a hundred crowns so keeping this patch weed free is a job in itself. Asparagus hates competition.

The ducklings are growing and almost ready for their outside door to be opened. So after I have finished dressing the airbnb for tomorrows guest and after the weeding and then the sowing of the Monday seeds, I will rake their run of the dried weeds and introduce the ducklings to a very well protected outside world.

They are so big – they have quite dwarfed the chicks who are still so tiny and cosy in their big tub with the heated floor.

And now that I have written all that needs to be done today I had better get busy and make it happen.

WEATHER: Maybe this mornings freeze was the last one this spring. Lets’s hope so. Tonight will be a lot warmer.

← HOW RUDE
EVERYONE IS OUT →