And whole posts being lost in the process. 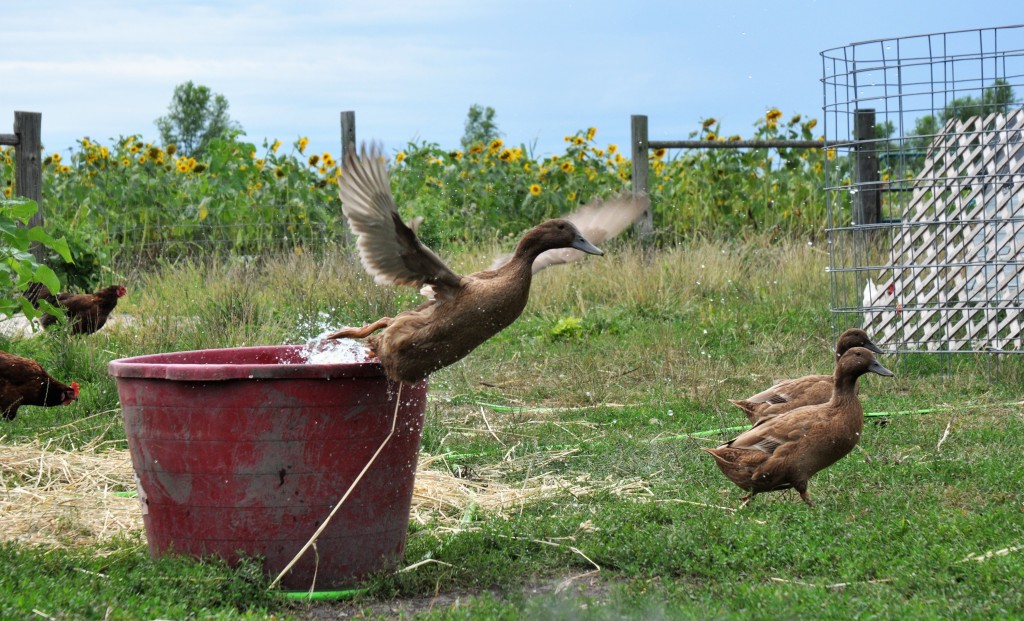 I have been busy with people too which has been a delight!

But now everyone is gone, except for my long-term Airbnb guest. So I can get stuck back into the gardens and the fencing and the blogging. After the airport trip yesterday, which takes three – four hours all by itself, depending on traffic, I moved all the last of the big hay bales into their long term storage areas.  There was rain forecast though it never came. It may yet come in today. 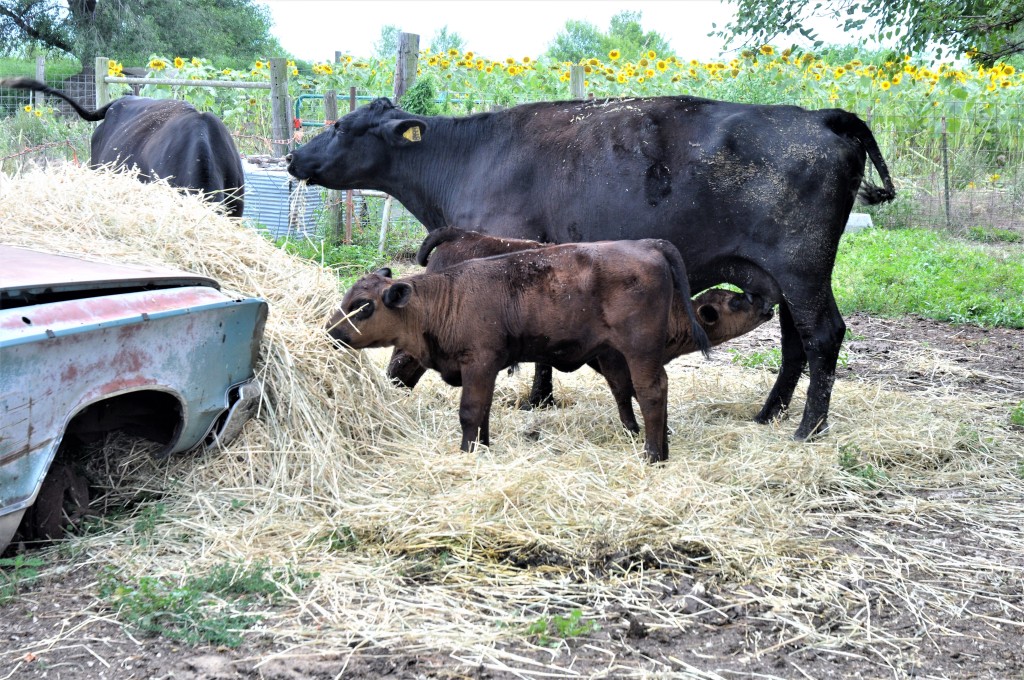 The oat hay I am feeding out and the cows are right into it. I did not expect this much enthusiasm as the crop itself was more straw than hay and a lot of the oat seeds had dropped to the ground but all the animals and birds love it.  The ducks get a little crazy when I give them their portion, they are thrilled with the hide and seek oats.

This last shot of the calves is a not pretty but shows you how beautiful they are. They have lovely bodies these two.

The farmer who has Aunty Del and Tia has still not seen any action. So either they are fraternizing under cover of darkness (which they will do) or the cows still have not come into heat (which I doubt). They will have another two weeks there just to be sure they cover two cycles then I will hook them out.

Molly is just beginning to show signs of pregnancy. I think.

The ducks continue to calm down and we have a very nice routine going now. They are seekers of shade though and tend to filter out through the fence and into the circular drive to sleep under the trees in the heat of the day which can be problematic. I was going to bring the hay rack home for them to sleep under today but one of the tyres on the tractor has gone flat so that will have to wait until after the weekend.

I am back working on my tablet as my phone would not post yesterdays writing at all. As soon as I start selling again I will start saving for a new laptop. In the meantime I hope this works. I expect too much of this tablet. For a few days this week I had not one device that would reliably send a blog post and if I miss my writing window it is very hard to get back to in the course of a normal day.

I am crossing my fingers.

I have a few days with no visitors in the house so hopefully I can get into my routine again for a bit and get some of these weeds under control. The front of the house looks frightful. Though I love the summer people and the food – oh the food!.

Oh and we are picking sweetcorn! At last.

I can hear the ducks calling for their gate to be opened!

WEATHER:  Cooler – much cooler –  and a little breezy, with rain coming in after Noon. (I hope)

Friday 80% Precip. / 0.16 in
Scattered thunderstorms this morning, then mainly cloudy during the afternoon with thunderstorms likely. High 77F. Winds WSW at 10 to 20 mph. Chance of rain 80%.

Friday Night 20% Precip. / 0 in
Partly cloudy skies early will give way to cloudy skies late. A stray shower or thunderstorm is possible. Low 66F. Winds W at 10 to 15 mph.

← AND WE’RE OFF
HMM, INTERESTING →