Sheila my Big Fat Pig  and Hop and Pop Poppy are finally out in their Pig Hut for the summer.  This is the first time that Sheila has had to sleep outside and she is deeply unimpressed. For the last few days she has been taking herself out there in the day time. She loves her hut for afternoon snoozes. 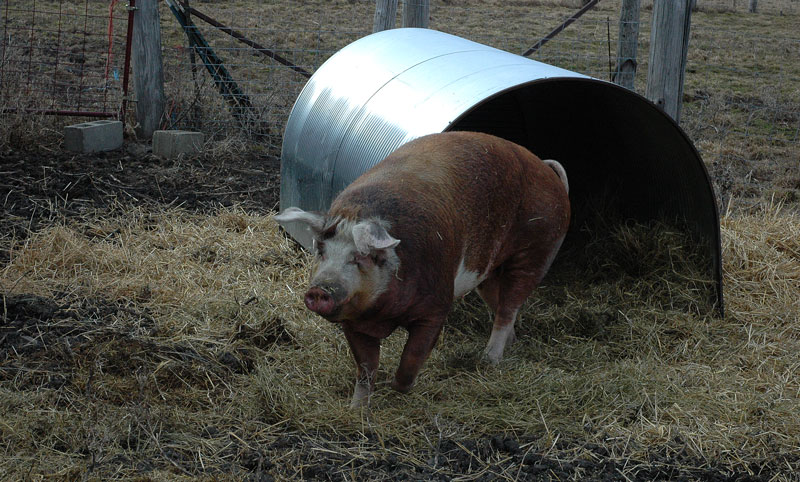 However she prefers to sleep inside at night. But I do not trust Poppy if one of the wee Kids found a way to jump into her pen in the night. At the very least she would chase it about. So I closed the gate to the barn. This is what I got.

She has a large area out there, and a lovely hut filled with straw that they both fit into,  with room to spare. But No. Still I am the mean miss c. I told her that the kunes have been sleeping outside in their hut for over a week. She just grunted.

Last night Ton slept out there with them. He is a bit concerned about this change.

Boo and his new babies.

He adores the goats. Almost as much as he loves his cats. I only tie him up when strange people come. When the barn is quiet with baby animals he is in his element.

Daisy’s Bobby. He is very tall. Like his mother. 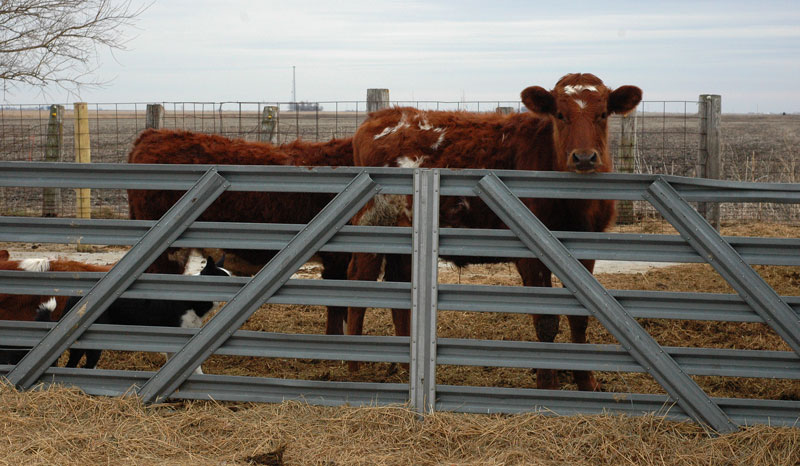 Aunty Del would like to come home anytime soon please.

Maybe this weekend if I can get John to drag the stock trailer out – we will bring her back.  She can be with the girls so I can fatten these boys.

I have begun to make the summer list. So I will have a good handle on what is going on. I need things written down. This year I will be milking two cows, fattening turkeys and raising the goats. That as well as the usual chicken tractors and hopefully piglets. In May I am going to be raising some extra calves for a friend who will do some fencing for me in return. The calves will be fed the milk from the cows, then once they are weaned, the pigs will begin their fattening on the milk and eggs.   The meat chickens will also get milk. So fingers crossed I can train these old girls in the new trick of being house cows. Their milk is already accounted for.

And as well as all that the vegetable gardens are being extended to feed all the visitors and volunteers. We are going to eat SO well.

I am not resuming the bees and the grape-vines will be replanted onto the house trellises. The little vineyard (where so many of the vines were lost in that Bad winter before this one),  will be re-purposed as a small kune kune field. They will have glorious shade in there with the vines that are left and the evergreens to the South.

I cannot wait for the butter and cheese. However let’s wait until April. That would be nice.

The Coop is (so far) booked until the middle of July. There are spaces for local volunteers or paying guests or campers in August, September and October and I certainly have a good amount of work to get through.

It is still nice and slow now though.

And yes thank you for the reminders, I did order the new parts for the milking machine. So Our John will get that all sorted this weekend as well.

Busy aye! Don’t you love it?

Hope you have a lovely day.

Your friend on the farm