A PRETEND PARTY AT JAKES

Jake could best be described as my closest friend and good food soulmate here in America. He has his own huge gardens selling vegetables and eggs to Chicago,  is developing a farm to table restaurant and also, above the restaurant ,has an airbnb.

Last night we had a wee pretend party and I dusted (literally dusted ) off my tripod and packed Camera house, loaves of fresh bread, a few of my white platters and went out to a party for the first time in years.  Jake had the beef and chicken and a range of vegetables from his garden already. We were on a mission to showcase our own homegrown food in pictures and collect some images for his promotional package.

Here are a very few of those shots – I look forward to unpacking the rest today after chores.

The apartment sleeps six and is opposite the courthouse in Pontiac, Illinois. (Just in case you are doing Route 66 and want a lovely central place to stay). Airbnb of course! It is  called Acres Inn. It is spacious and light. Beautiful. 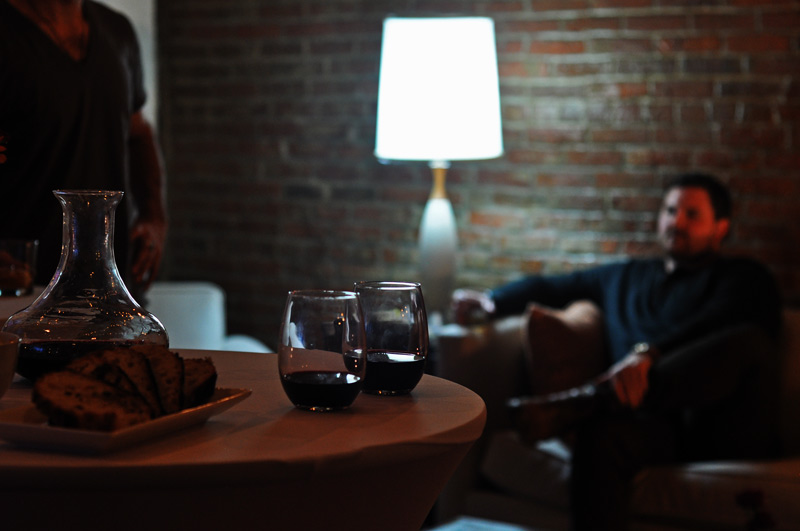 The courthouse tower was lit in pink for Cancer Awareness week or month or something. I have always hated this campaign. I know no one who has not been affected by breast cancer.  We are all fully aware of it already thank you very much.  So are the big boy pharmaceutical companies. Breast cancer is big business. What more can we be aware of except to be asked to donate money?

Frankly, at the risk of making myself extremely un-popular, I think the breast cancer awareness promotion is a big racket- (The CEO’s are some of the best paid ‘charity/non-profit’ heads in the world). They feed off grief and guilt and fear and fly First Class to boot.

If they spent this amount of money on ‘good food awareness’ or ‘chemicals in your environment to avoid because they CAUSE cancer’ awareness,  it would benefit so many more people including the women.  But the chemical companies would not allow it nor would the politicians. As usual breasts are sexier than food. I don’t see them giving this money directly to the poor young mothers struggling with breast cancer who have had to mortgage (and sometimes sell ) their houses to pay for the thievery treatments and are left alone throwing up into their basins while making lunch for the kids.

The chemicals they are pushing and ‘researching’ are not free to the sick here you know. Anyway – this is where my support goes – straight to the Mums, and Aunties and Grans.  Not into the pockets of the pink people.

Woops there I go again. Trying to show you a nice wee party then going off on a tangent!

63 Comments on “A PRETEND PARTY AT JAKES”