Foccaccia. Too thin, too crispy and too delicious.  I am making more today to take over to Jake’s – we are having a meeting about this new year. 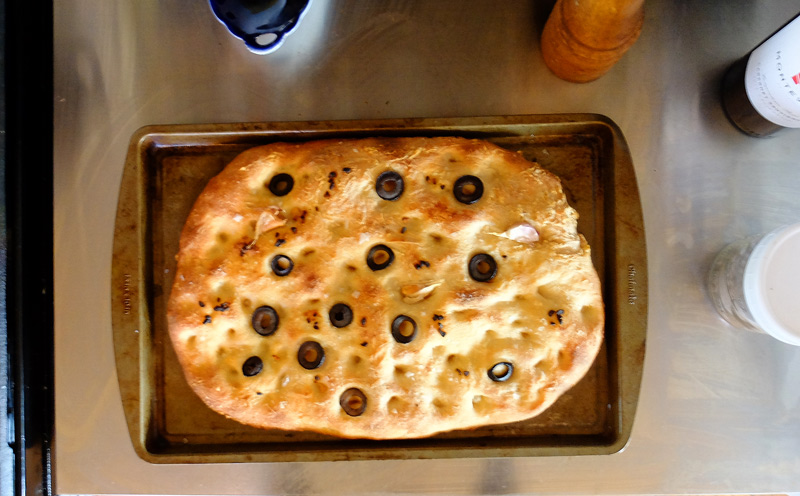 There are many, many plans afoot.

The last of the green soup with my focaccia. 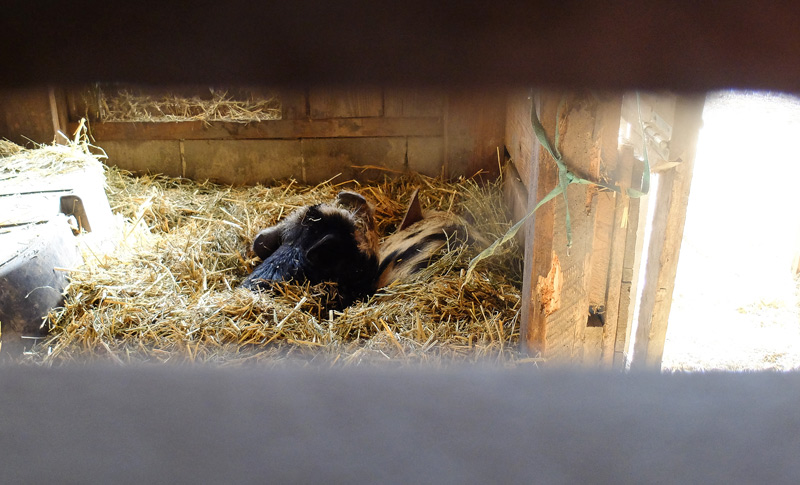 When I was cleaning out the hallways in the barn I threw all the dry straw in with Tima and Tane, they just lay there and grunted happily at being buried in warm tailings.

The sun did come out yesterday.

And the frostbite on the chickens is even more evident.

We took the three cows over to the other side. I have kept Aunty Anna in the side pen a bit longer as she and the black and white bobby were fighting each other hard. They will settle fast but I worry about someone being pushed through the electric fence and taking the whole thing down.

You would think that butter would not melt in her mouth (that is the weirdest saying)  but she is a bit of a stirrer this cow. Txiki went out with the others yesterday evening just before the fight erupted so I could not get her back, after I separated the others, but she is so small no-one sees her as a threat. They chased her about for a bit then all came in for dinner. Stupid will be OK too I will let her out this morning. Aunty Anna can wait.

I will reassess this morning. They will be familiar with each other by late this afternoon I think and I will let Stupid out then. It usually does not take long. Animals are very defensive about new animals coming into their territories and they don’t remember each other. It is just the nature of the beast.  We should not think OF them using human terms. You have to think like the animal. Think like a cow but without any of our human cognitive capabilities. It is hard to think like a cow as an evolved human. Animals will react to a threat by freezing (maybe watching) then either flight or fight. Fast. Getting the hell out or extreme violence. And pretty much anything they do not know is a threat.  And it is always the biggest and meanest who does the fighting. And the biggest of this herd has the horns too which is a complication.

He needs to go to the freezer. But not for another couple of months so we will make it work. 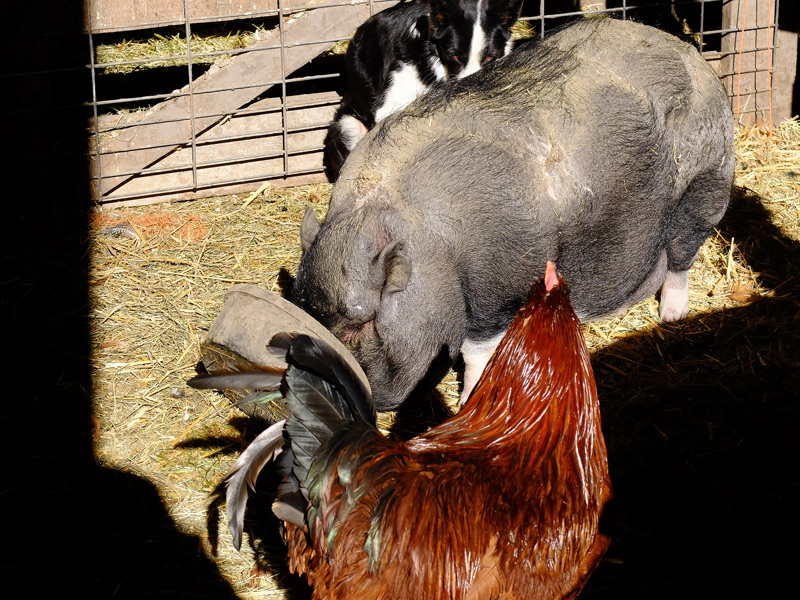 Wai is like me – he growls and runs away.

I hope you have a lovely day. It looks like we have a sunny morning and then some snow coming in.  This morning as well as making bread I am going to re-locate Molly and Sheila back to the rathouse paddock with the root cellar to sleep in. Molly is tearing into the chookhouse and destroying the old wooden door to get at the chicken food –  she is a big pig! In three weeks she can go to the other side and join Poppy and Manu (after a week in the side pen there to avoid fights). But in the meantime,  they have to go back to the more stable pig area.  Sheila by herself would never have done such a thing but Molly is a very different character.  I have had pigs in there for years and this has not happened. Bad Molly. She is such a nutter.

I can’t wait for her to go to the other side so Sheila and I can go on our walks again.

WEATHER: Snow and Wind. Maybe it will blow straight past.