Dogs, friends, a glass of wine and the beach = Bliss.  You don’t have to have everyone you love in the same place to be happy.  Just one happiness trigger will do it. And the edge of the world on a sandy beach is one such trigger for me.

While we had the sun it was bright almost harsh in its insistence. 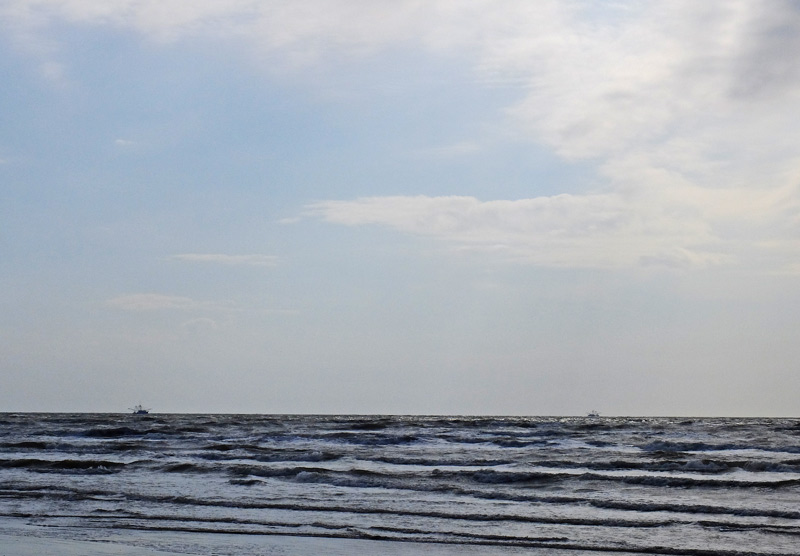 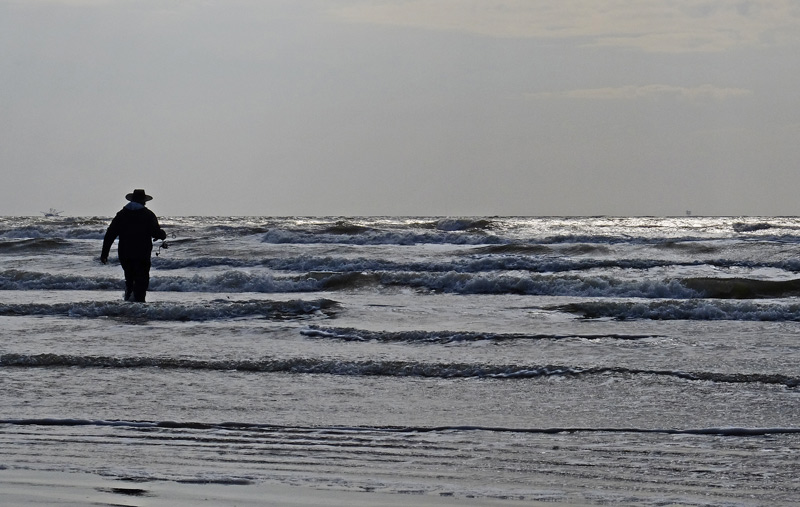 Later in the afternoon the clouds closed in but I did not care. I was at the beach. 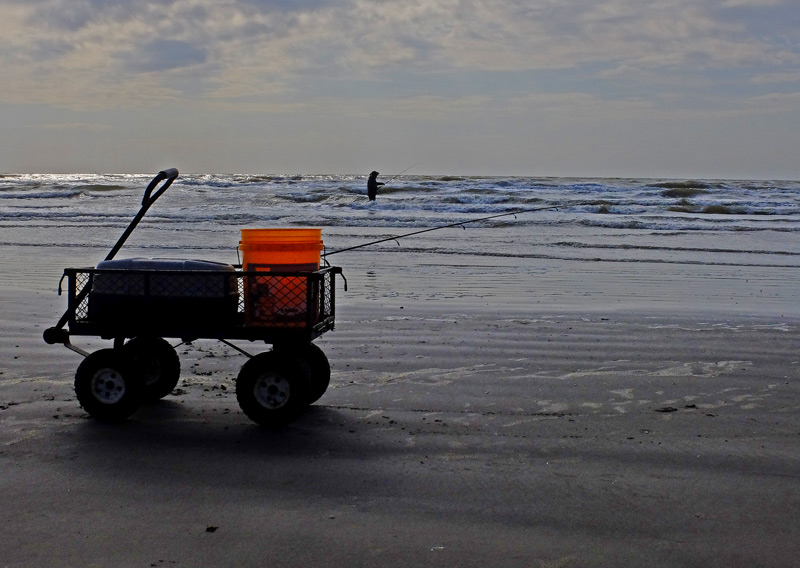 Portuguese Man-o-War – is named for a ship full of men of war. Ships that crossed the oceans under sail in fleets of the thousands. They were designed in the 1500’s – I guess their canons were the sting. 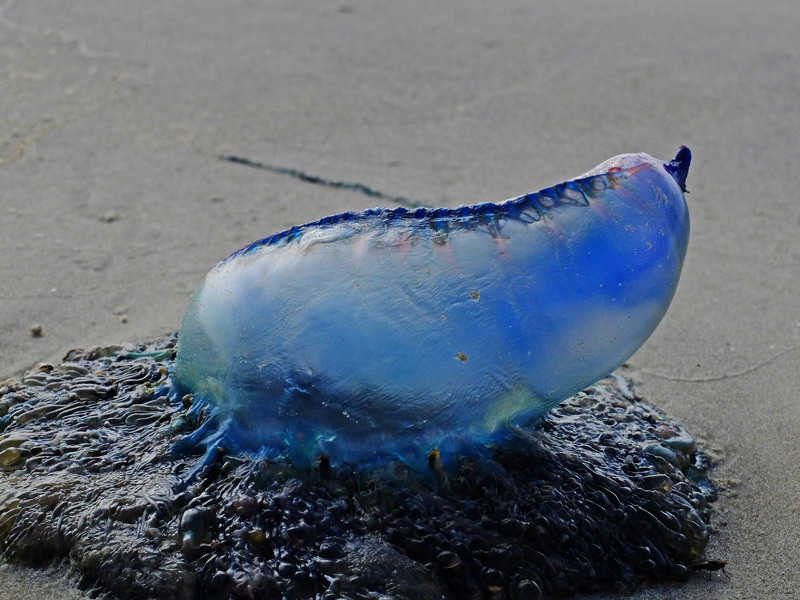 The houses were all very pretty and some quite magnificent –  the houses in Pirates Beach, where we are staying, were built from the 60’s on when the rules changed to allow development on this area of land up to the beach so most are contemporary in design.

Many of these tall houses on their sturdy poles are large and beautiful but it was the beach that we walked with great gusty breaths that held my attention, the pretty architecture was tended with the merest of glances. 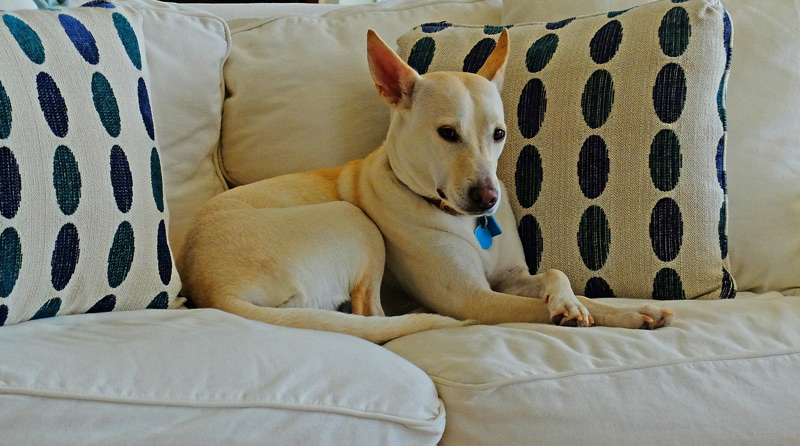 There are quite a few bylaws. One such By law was interesting – all the houses have to be above the high tide a certain number of feet. Every time there is a storm the beach changes and if the tide decides to come in around the base of your home (and it did this to a row of houses built along the waterfront after Ike the hurricane in 2008) your home is now on State property and will be demolished. (It takes a good year of seasons for this decision to be made) as far as I can see there is no compensation. You just lose your house.  The sea (aided by bulldozers) takes it’s property back.

This is a well-documented law and comes as no surprise to the homeowners. This is a volatile coast and the poles and storm shutters are a testimony to the storm readiness of the locals and visitors. I would say that no-one takes their presence here for granted.

Also all the houses have to be built on stilts – very high stilts too. I cannot find the exact height in my research but the nuber has changed over the years so as the houses get higher and higher off the ground the newer they are.  I am going to photograph more of these houses for you today.

The house my friends own is set a ways back from the sea – it will never be in danger from the tide but it is storm ready.  This is, after all, a Barrier Island and will receive the first hit.

Today my friends and their dogs and I will walk the beaches as often as we can and eat and drink and talk for hours as we have been, then later drive back to the city to go to the movies – I flyback to the farm tomorrow. It is still very cloudy, again no sunrise. But again I slept with the windows open in the night – listening to the rustle and call of the night birds against the backdrop of the confident all-powerful and insidious cat purr of the sea. She is a cruel mistress the sea.

As I write it is 69F/20C.  Perfect temperature for wandering the beaches and bayous with all the Beware fo Snake signs.

WEATHER at the farm.

← GALVESTON
A LITTLE BIT OF THIS →