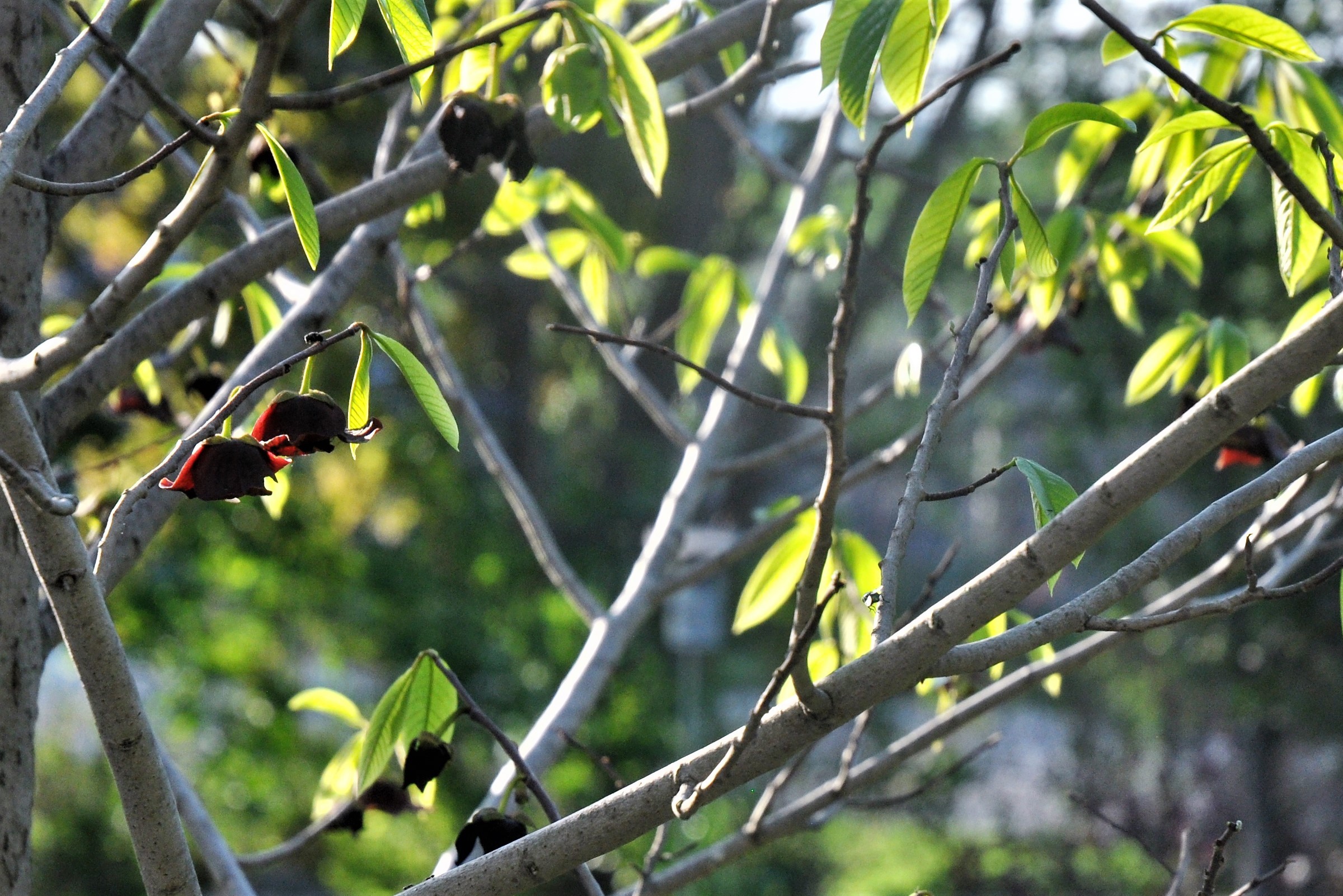 Pawpaw flowers smell awful and attact flies but that is not the new development. In fact it looks like we might have an actual crop this year!

Here is the risky development. Other than the hay of course which is getting riskier by the hour.

Sometime ago John was discussing cows with a friend of his who had come across a deal to buy old, bred Angus cows who were being culled due to age, from a large herd close by. This discussion was probably about three months ago and I had quite given up on ever seeing these cows and taken them out of my spring plan.

Last night John’s friend called and told John that the two middle aged heavily pregnant cows will be delivered TODAY. I know nothing at all about them as this is not my deal. I don’t know their ages, where they come from, what they have been eating – the only facts I have is that they are black angus, due to calve on June 1st JUNE FIRST!!and due to arrive here between 10 and 11 am this morning. He is selling them for about 60 cents a pound (though I have no weights either).  I will meet their owner today when he delivers them and get the answers to all my questions.

I am assured though that these are old reliable cows who have calved multiple times before with no problems. I am told the owner keeps good records. And I want to encourage John to feel some ownership in the farm so I am really hoping that these additions will be trouble free. 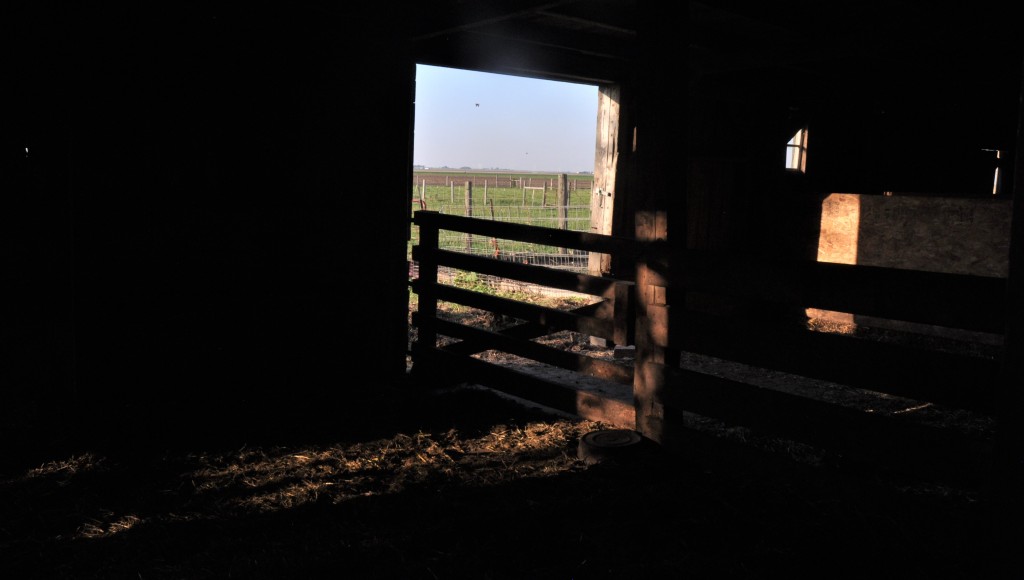 I will move the new mothers onto the concrete pad next to the barn. They will have to calve up here where I can see them – last night was filled with the barking and yelping of screeching of coyotes. (Boo did all the shouting while Ton stood on the directors porch as usual).

I will move Sheila out of the barn and down the back next to Poppy to make extra room for these big cows. She will be happy. 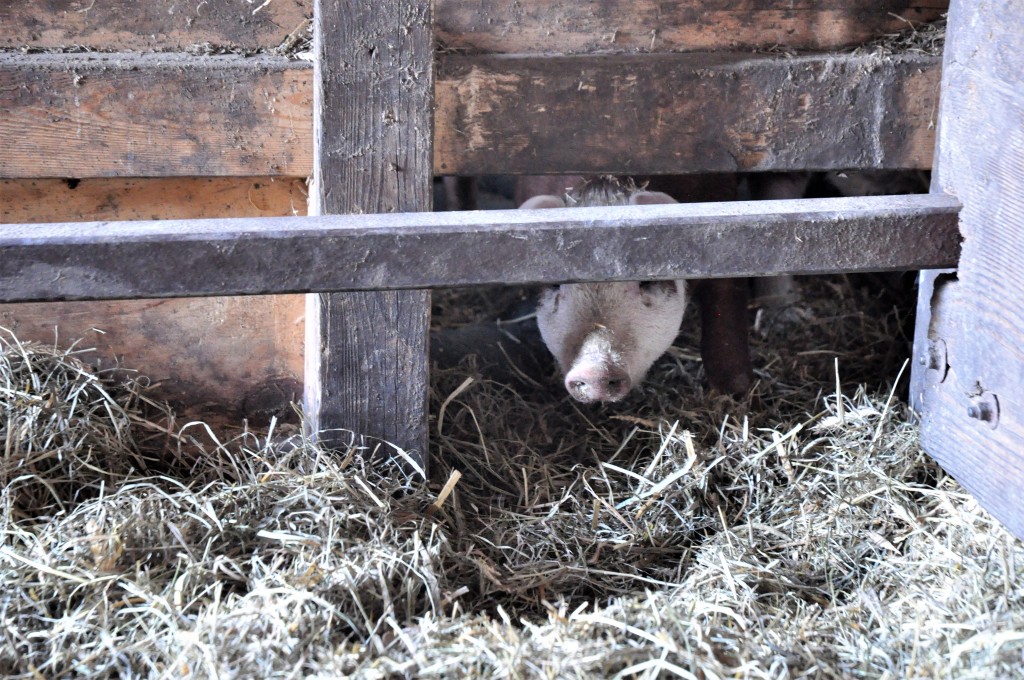 Once Sheila has gone and I have opened an interior gate to make one big double cow pen this will leave the other big middle pen for the piglets to use as a playground. The cows will be easy to accommodate – it is just a matter of opening and closing a few gates and putting down fresh straw, dragging another big water trough onto the concrete pad and we are ready.

My main concern is the June 1st delivery date when June 3rd I am leaving the country for a week. But these are older experienced cows and John has his friend to call on if he has any real troubles. His friend has already had eight of these old cows delivered to his place and they have all calved with no problem.  So let’s hope these two old girls are good girls.

I will know a LOT more by this afternoon and tell you all about it tomorrow.

The hay is down. I asked my hay man to cut it a little high and only the two alfalfa fields so the drying times are the same.  Yesterday was sunny with a good Nor’east. Perfect drying weather if I get three days of it. So far so good.

WEATHER: A chance of showers has been forecast for Friday afternoon then more on Saturday. Things have just become very risky. But things are always risky. Once I have settled to that knowledge risky things are easier to manage intellectually.