The frost yesterday began with a heavy mist that hung about for hours. At 11f (-11C) it was frigid. It was my last delivery day for hogs and I was driving blind.

It only got interesting when the sun started pushing through. Though when the sun first came up it was like high beam on the clouds of frozen particles and I could see even less.

The enveloping mist became a cloud of frozen droplets that reflected their captive light straight back at me. Straight back at ‘ya. Or is it ya’. Colloquiums have their own rules. 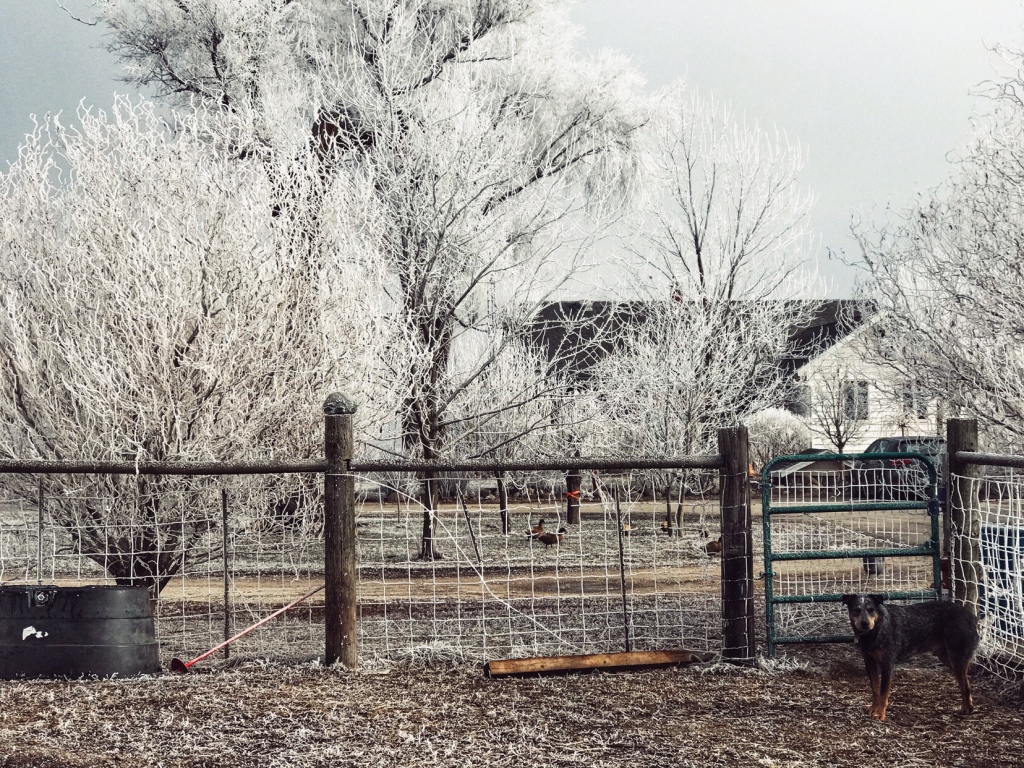 After a while it did clear, leaving behind this wondrous snow of frost.

I laughed at the cows whose eyelashes were white from the sticky frost layering up on their hairs until I went inside and found that I was the same. The hair that had strayed from under my hat had the same treatment.

Naturally nothing would keep Jude inside on such a magic day. 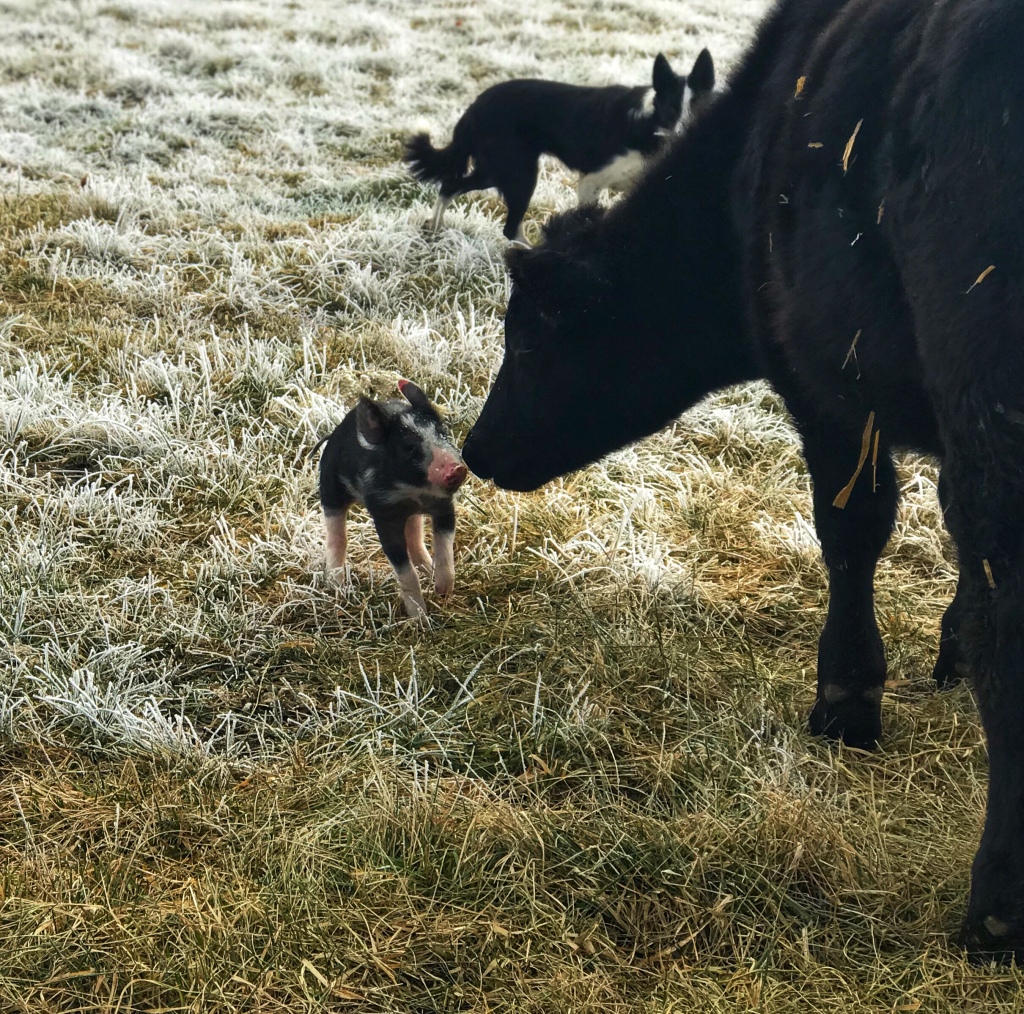 Aunty Del followed me out into the fields as well. 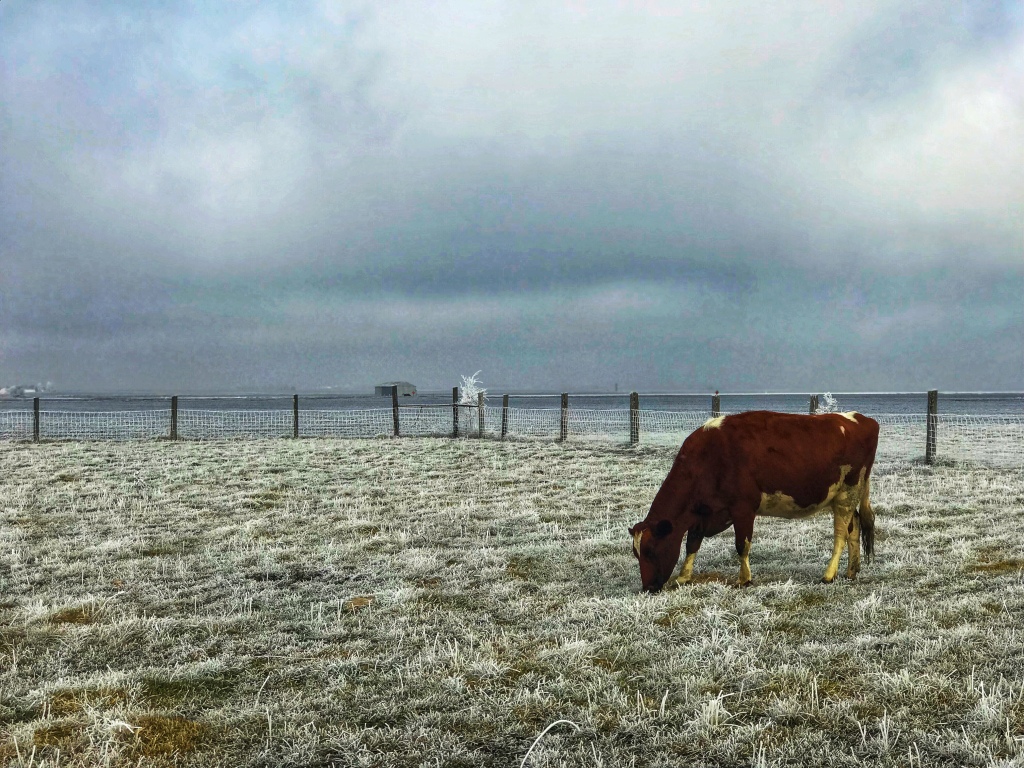 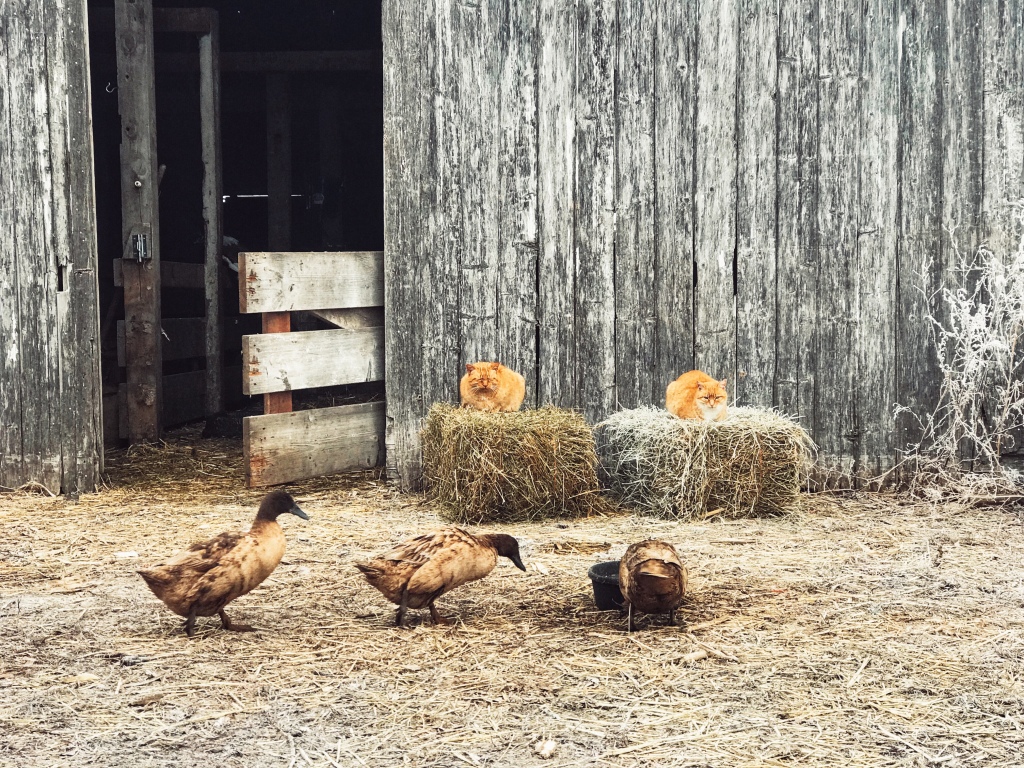 Below is a more typical picture of Jude.

Whenever I get down to his level to take a shot he rushes over in case there is food.

Manu the boar seems to have injured himself in the penis. I won’t get into the finer details. But to understand you need to know that the hog penis is very long and thin – a bit like a corkscrew straw but much longer. It is a delicate thing and easily damaged when erect. The vet says time is the best healer for these problems but if it does not heal his breeding days may be over.

I put Molly in with him yesterday and noticed evidence of a problem later in the day. The vet said they can stay together in the meantime. But this is not good news. I will have to wait and see whether he gets better. Then wait even longer to see if he was able to breed Molly and Poppy.

That is enough of a biology lesson for you today I think.

The good news is that I got 100% on my first essay for the TEFL course.

I hope today is a lovely day for you all.