What to do when your puppy brings you rat poison

After your heart has sunk. And you have reached into his reluctant mouth and carefully lifted the offending little brick of poison over his teeth and out of his mouth.

We were visiting a friend and it was one of those moments when you are chatting and not watching the dogs as closely as you should. Before I realised he had gone, Blue appeared back at my feet with a small block of blue rat poison about the size of an old fashioned matchbox.  In his mouth. He wasn’t happy about giving it up either.

We drove immediately to the closest vet and though he was not in, (when are they)  His assistant said “He has to puke”. She is not one to mince words. She gave me a bottle of hydrogen peroxide with instructions to feed him something he will eat straight away (not dry food), then squirt an ounce of the hydrogen peroxide into his mouth. Well, I fed him bread and an egg, which he gobbled up then I opened his mouth and squirted the nasty stuff in. After a minute of waiting under the tree, watching me watch him, he vomited, copiously, more than once but I was grateful to find no blue poison in the contents of his stomach at all. Though how that little dog could keep so much food in his belly, I have no idea. 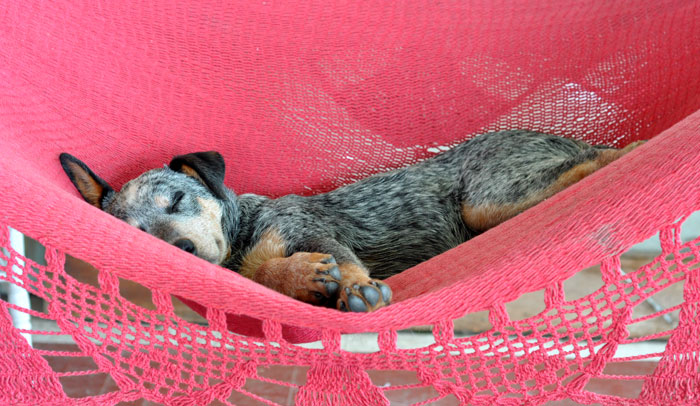 He was feeling quite poorly after that mean vomit trick  and had to have a wee lie down in his favourite sunday-on-tuesday hammock.  Poor Blue the Savage.  That was a close call, if he’d had a few seconds more, to actually lie down and start to chew on the stuff, this would have been a different post. TonTon’s father died after eating rat poison, it is the scourge of many a farm dog but Blue shows no signs of actually ingesting the poison.

So how about we have a bit of fun to celebrate. I have set up a piglet poll. Can you guess how many piglets our beautiful Charlotte will have. 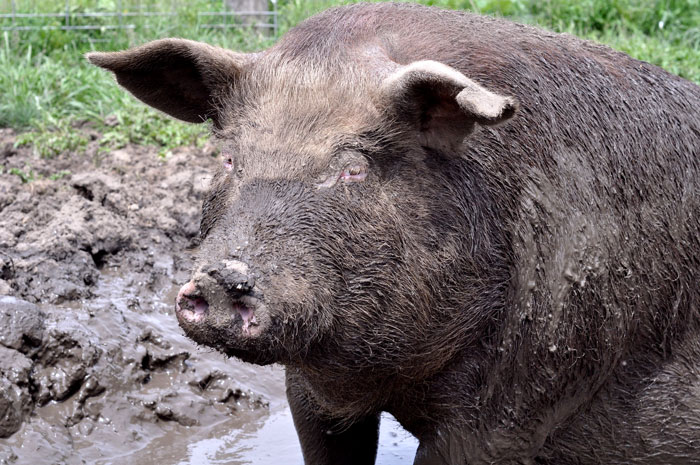 She heard there was going to be a photo opportunity and put on her make up! Once we get closer to her date she may have to stop playing in the mud though. Vote if you have a moment. She is due on June 17, and this is her first litter. And as Marie said, she is a big girl. Naturally I am hoping for a smallish number.

And now for someone a little more graceful.

The Duke of Kupa dressed to the nines.  And look below, Tui is laying another egg.

Sssh, no loud noises, back away very slowly. Do not disturb the sitting hen.