It rained for most of the day yesterday which kept the pigs inside and the cows outside. Cows, big hot beasts, love a gentle rain but pigs not so much. 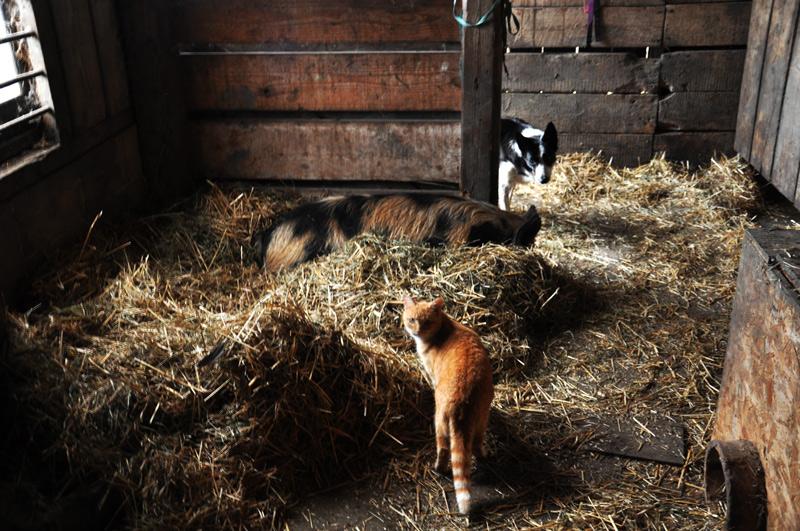 As soon as the rain stopped the piglets slowly ventured forth. 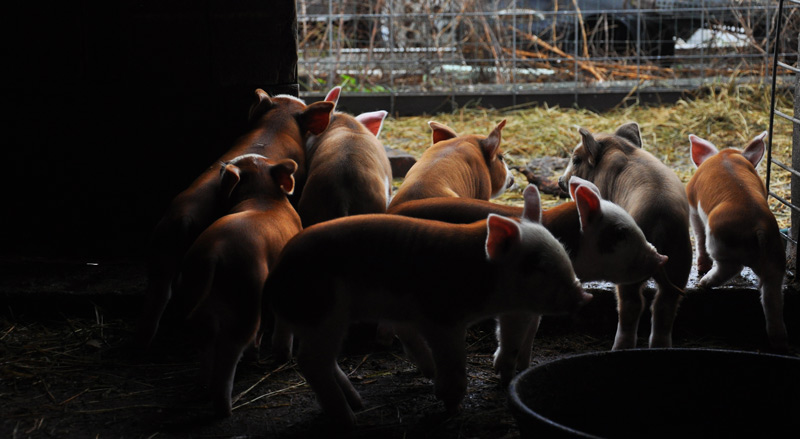 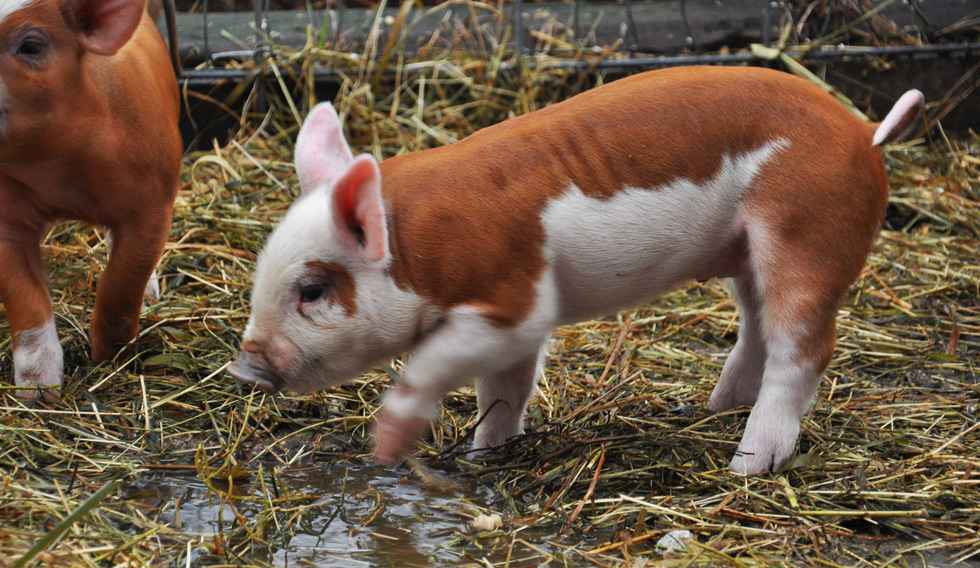 This old rooster (below) Son of Son of Neanderthol Man, oldest of the roosters, has moved into the milking shed, sleeping in the feed bay next to where the cows eat their milking treats. He no longer perches his feet are swollen and he has terrible balance so he just nestles into the old hay there. In fact he literally stands beside the cows head waiting for them to finish so he can limp over for scraps. I have to shoo bim back to his corner when I change cows during milking. He even drinks milk out of the cats bowls. 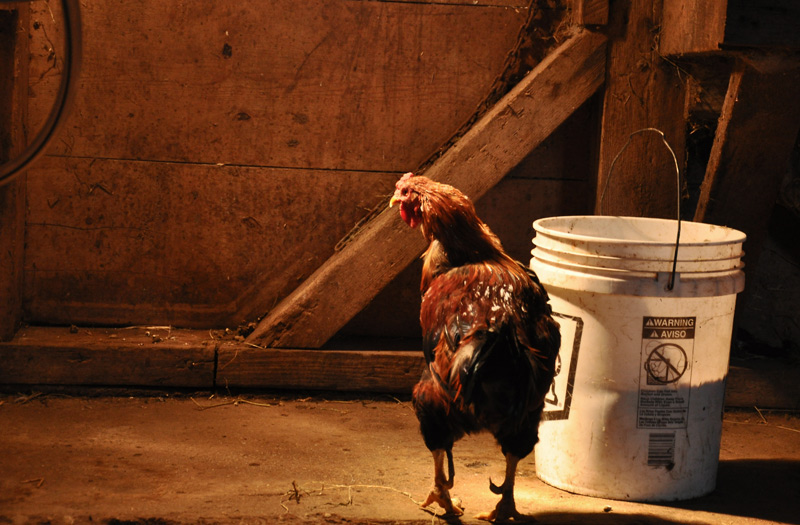 He is a scrawny old rooster with a pronounced limp and avoids being beaten up by the younger roosters by laying low, living quietly and alone out of the way of the others.  Though he is the oldest there are other solitary roosters living about the place, usually in the vicinity of a mammal who will share their food with them, there is that little white rooster with Sheila, and Father Christmas who sleeps by the piglets now, a few others. staying within their own little territories and hiding if the younger roosters strut in with their females.

Lucky for them they live in a domesticated kingdom where there is food to share and plenty of places to hide out of the rain.

← Taking the Lead
The Waiting Room →

45 Comments on “The elderly Rooster”