This big bobby who I brought off a friend would not settle anywhere. Every group I put him in with he bawled and tried to suckle on any cow nearby. I even suspected him of causing the swelling in Aunty Dels udder, and then he escaped again and was standing in the barn sharing Tima and Tanes hay.

So I opened the gate and in he went and for the last three nights he sleeps at their door and they sleep in their straw and everyone is happy.

Wai was terrified though so with an enormous amount of difficulty I moved him into the center pen of the barn. And I do mean an enormous amount of difficulty – this was the biggest fight we ever had and he is strong! But the pen is large and sunny and airy and full of bales of new straw. I almost saw the little pig sigh with relief once he saw his home. He spent the rest of the day making himself another bed.

There was no Tima to hide from. No-one tried to steal his dinner and he is right next to the little pigs and their hot light. So when the winter comes I can put a warm light. 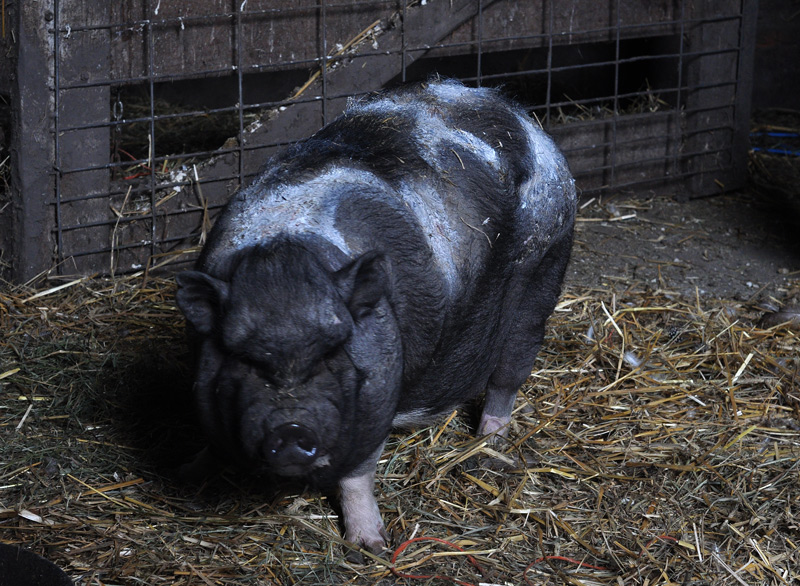 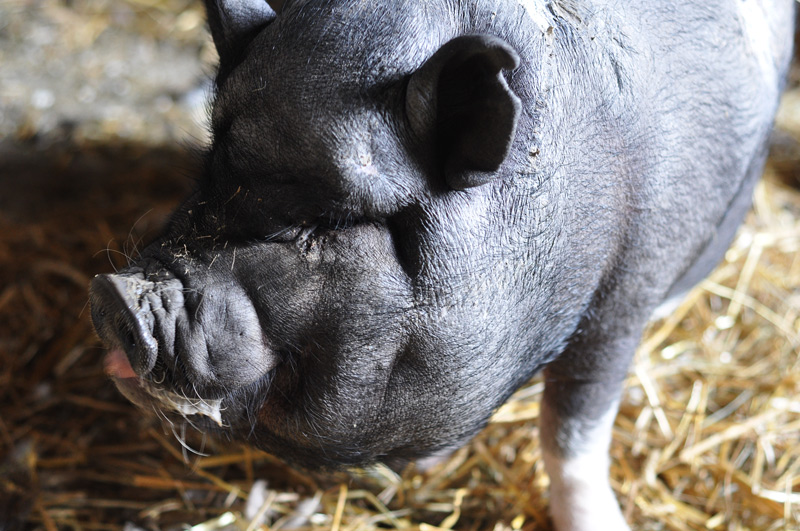 Interestingly his first bed was tucked into an alcove and I discovered that he cannot turn his body at all. The muscles in his back were horribly damaged from his injuries and i guess this is a result. So he has to have a bed that is like a tunnel.  When he awakes he moves forward to get back out. He will not even reverse.   So I reconfigured his bales of straw so he had an entrance and an exit.

Today I might roll the big blue upside down fish tank over to the barn and put it in his pen as an offer. It is big and round and I think this may work for him – we will try it out – it will be much warmer for the winter. And the winter is coming.  The advantage of his big separate pen is that when the machines have been through the field and it is all clear: I can open his gate and he can still come in and out and cruise the gardens.

At the moment he is still locked in. Even though it is very wet out there the harvesters just might arrive. I never know when.

This big fellow still like to drink hot milk out of a bucket after the milking so he is happy with the new arrangement – the sunroom where he sleeps with pigs is right next to the milking room. 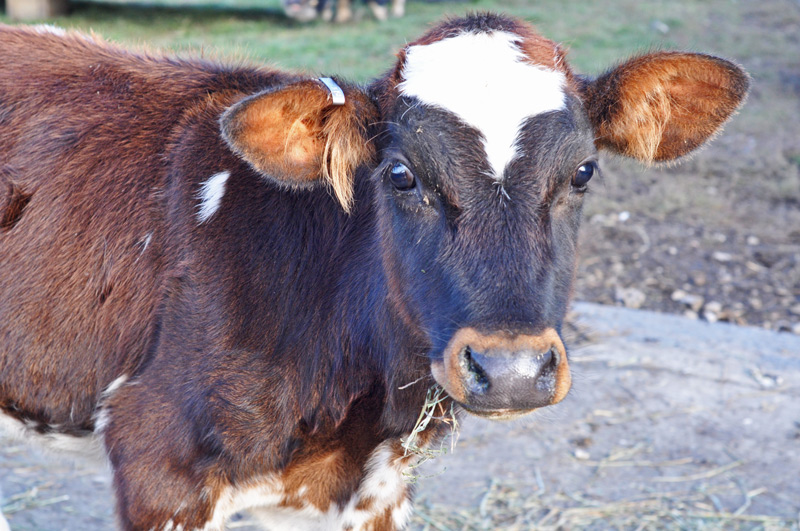 Rainbow and her mother.

I have picked the last of the pumpkins now that there are so many frosts in the forecast. These are the Godiva. The seeds are meant to be excellent for roasting as they are shell free. I cut up and roasted one of the pumpkins yesterday while the oven was on for dinner and today I will make a pumpkin soup and set the seeds out to dry. 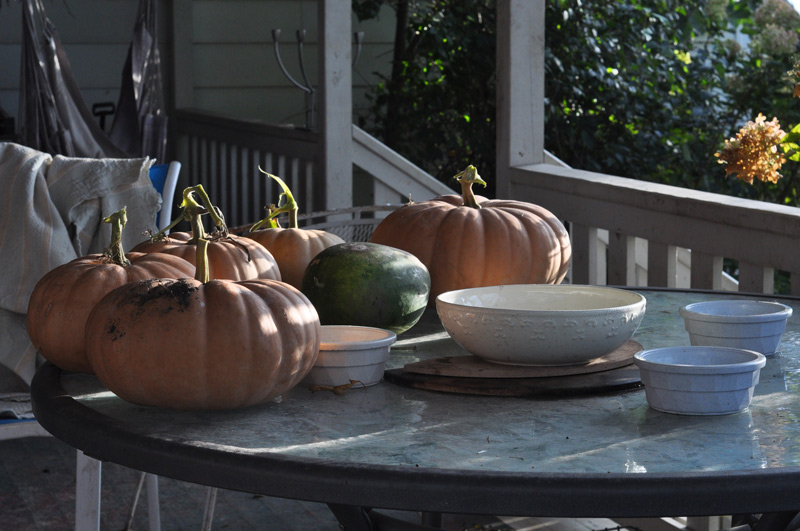 I will mow all the lawns today (I hope because you never know what will happen on a farm to use up mowing time) – maybe this will be the last mow of the year. (I hope that too).

And I hope you have a lovely day.

38 Comments on “SLEEPS WITH PIGS”