We have lost the wee fellow on the right he died in the night but these are such sweet shots I thought I would share. Please don’t be miserable. And after such a rocky start he needs a proper goodbye. 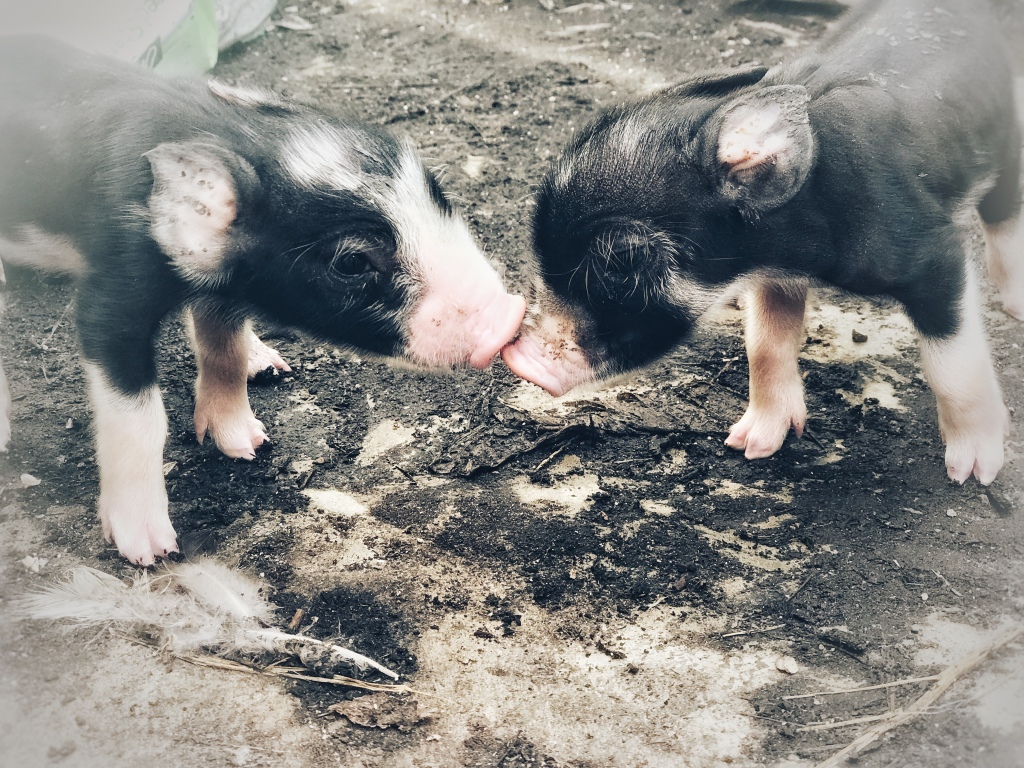 Every life no matter how short has value. The little piglet who has died was rescued by one of the Mexican butchers at the Locker, at considerable risk to himself he grabbed the piglet from under the feet of the milling cows. 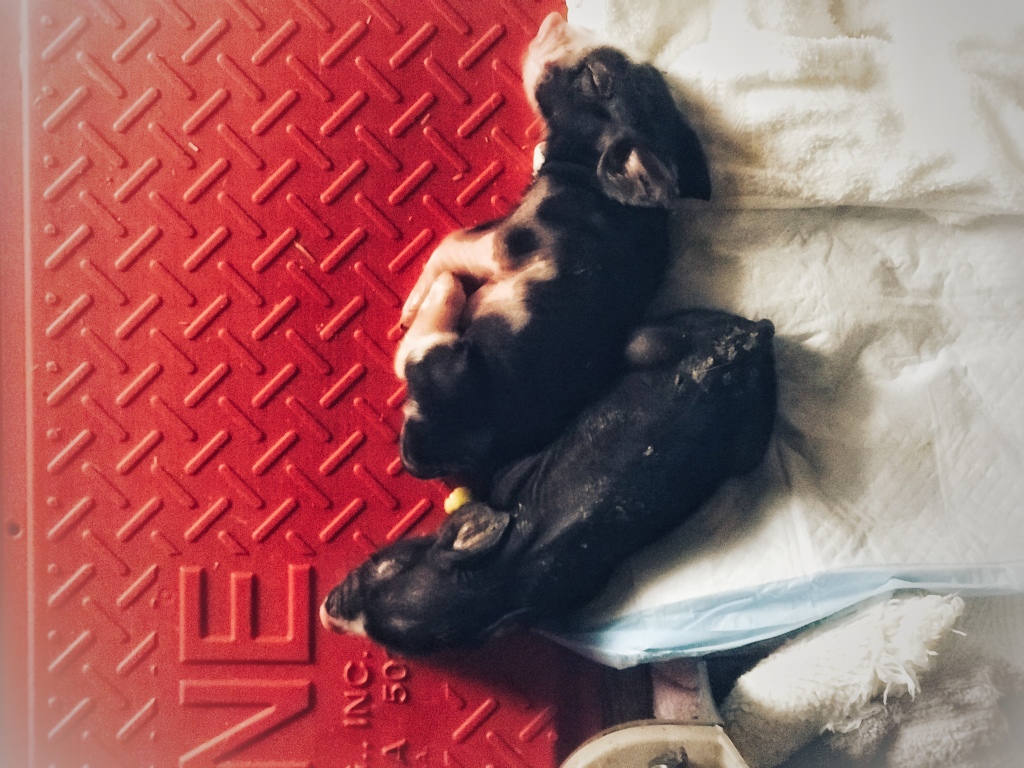 He was covered in manure. And the umbilical cord site was quite swollen and hard. My pig mentor suspects that he or his cord was stepped on. Maybe contusions or internal bleeding. He had very bad diarrhea too just to complicate matters.

He kept drinking his milk and hugging close to the heater though, so he died warm and full. 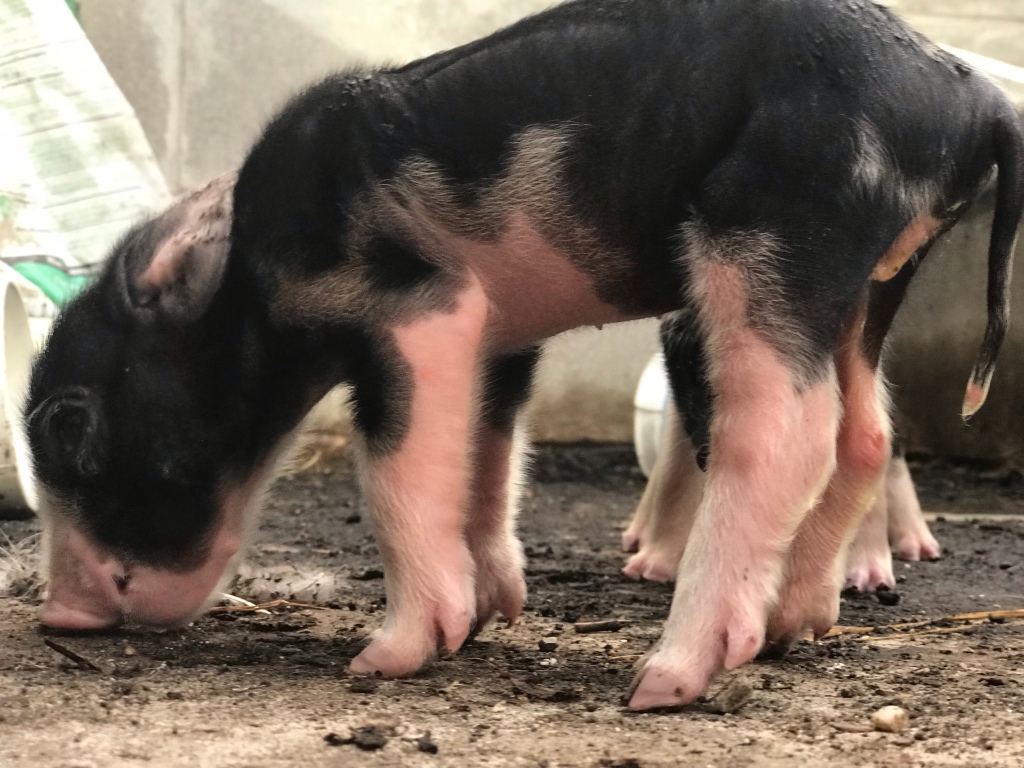 This fellow (above ) is very much alive and is a box of birds – he was with his mother right up until the last minute so he was well fed and clean. By last evening we had got his runny movements under control and when I fed him a few minutes ago he drank fast then had playtime with my hands for a while before taking himself off back to his warm bed.

Now I will devise a system for raising a tiny piglet alone. He is still too small for Boo, who is almost too interested. Boo has killed a number of young ‘possums in the last few weeks and the thought of him mistaking this little piglet for a wild animal makes me cautious.

But the little fella needs company and I guess that will be me.

He is still only a few days old though – they were born on Monday night – this is day three – so if he is still going strong in a few more days we can name him.

And in that case I will raise him in the house while he is being fed nights ( this will be for a while) then I will see if he wants to live with Tima and Tane and Wai. They will be warm winter buddies.

But let’s not get ahead of ourselves.

I am going to catch 30 minutes more sleep then feed the little tyke again and get going on the chores. We have a few days yet before we can be confident about his survival.

Even though I fed him every two hours through the night and lost the weak one early this morning I feel a lot better myself than this time yesterday morning. The cards are falling where they may. I know the challenges. And today I will get my system back in order.

Have a good day. 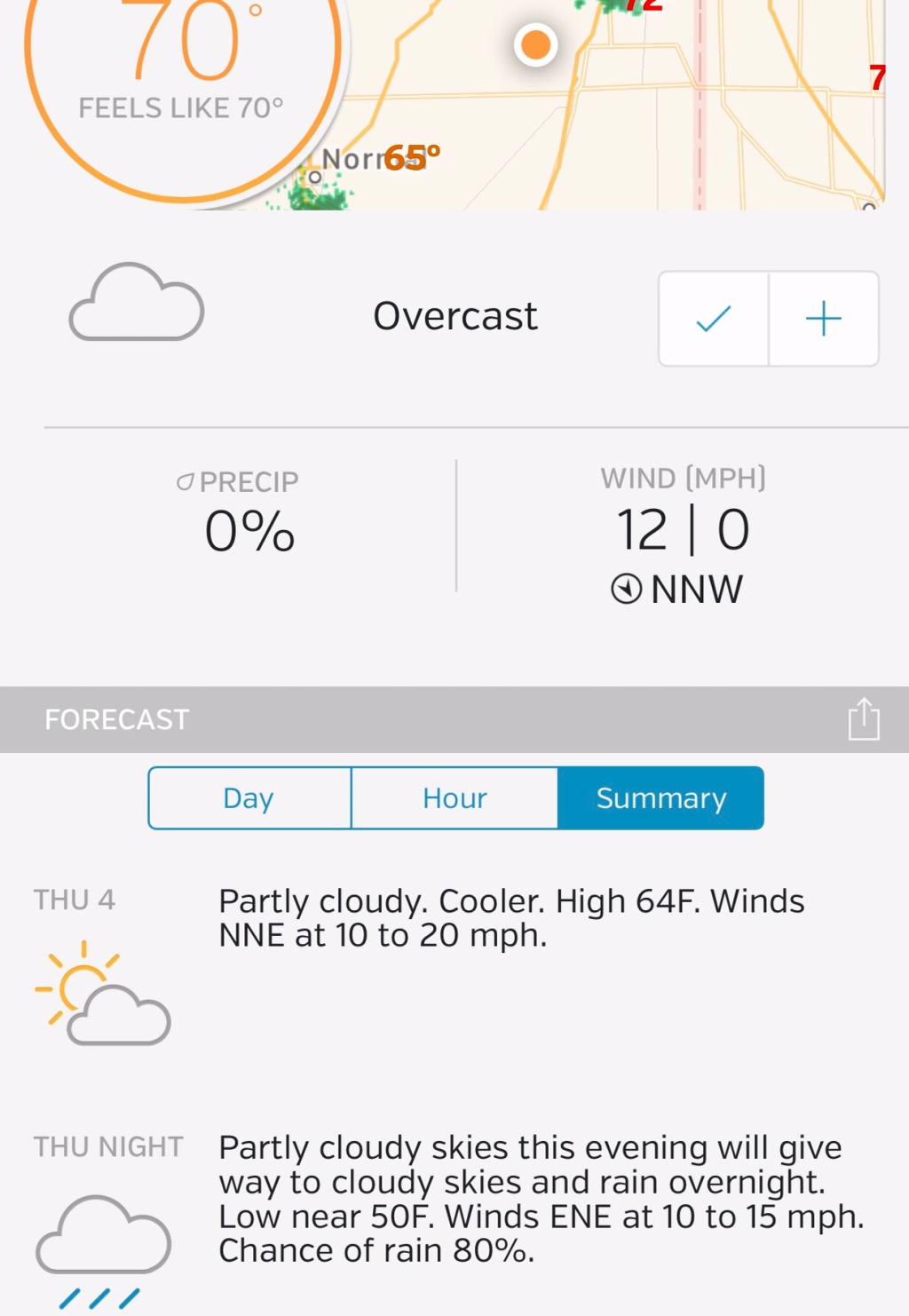